The world of addiction is often misunderstood by those on the outside. From demonizing the addict to thinking they can just “get over it” or quit cold turkey, the range (and inaccuracy) of myths about addiction can be staggering.

If you have an addict in your life, it’s worth examining those addiction myths against the cold, hard light of day. Let’s take a look at the top nine:

MYTH #1: Addiction is caused by a lack of willpower/is a moral failing 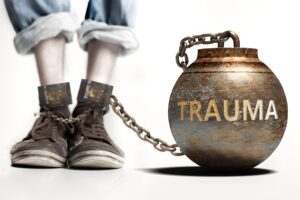 Addiction is what results when people seek a cure for what ails them.

Many people who become addicted to substances have an underlying mental condition such as anxiety or depression, are in physical pain, or have been through trauma in the past. They turn to a substance to restore a better state of mind – or at least to mask the problem for a while.

It’s all about self-medication in the beginning. However, once addiction takes hold, it is no longer a choice. Addiction is a disease – and a chronic one at that. Understanding why it happens is key. For that, we can look dopamine and changes to the brain for answers.

Dopamine is a feel-good chemical the brain releases in response to positive events such as receiving an award, getting a promotion, exercising, or even eating. It’s encouragement from your brain to work hard and keep doing things that benefit you. Problem is, drugs also cause the release of dopamine – at up to 10 times the normal level. That’s why drugs make users feel euphoric like nothing else can. The more the drug is used, the stronger the brain’s memory circuits, or reward pathways, associated with it become.

That’s not all. The overwhelming onslaught of dopamine cause the brain to make less of the chemical and reduce the amount of dopamine receptors. As a result, addicts feel less pleasure in response to everyday stimuli. In a triple whammy, as addiction rolls on, tolerance increases so that it takes more of the drug to feel the same level of pleasure.

MYTH #2: Addicts can stop if they really want to 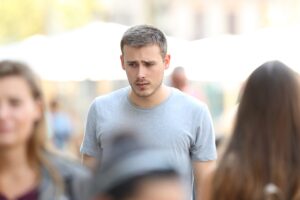 Wanting to stop and actually stopping are two different things. It’s not a question of willpower. It’s extremely difficult to stop using drugs.

In fact, those who try are fighting their own brains, hard-wired for survival, for quite some time after quitting the drug.

Again, what may have started as a choice – to try the substance – soon becomes a compulsion. Literally, their brains think they need it in order to survive. When it doesn’t get the drug, the brain sends uncontrollable cravings until it is satisfied.

These cravings are triggered by people, places and things. People addicts have used with, places they’ve used, and stressful events, to name a few. Truly, addicts are trapped in the addiction cycle from which it is very difficult to break free. 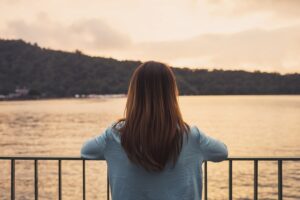 The longer you are sober or clean, the less likely you are to relapse. But it’s not impossible.

Relapse can happen due to stress, mental afflictions such as depression or anxiety, adverse life events and more. It’s a way of coping with life – a unhealthy way.

That’s why addiction treatment is focused on coping skills, identifying and treating mental conditions and helping addicts reconnect to the world in a healthy way, with lots of social support.

Relapse can happen at any time, especially during times of stress. Isolation, such that we saw in the beginning of the COVID-19 pandemic, led to the relapse of even long-term (think 10, 15, 20 years and more) sober and clean individuals. When some of the accomplishments of addiction treatment or the social protective factors (outpatient treatment, in-person 12-step meetings, et al.) begin to erode, relapse can occur.

Relapse is common and should not be seen as a failure of treatment. Instead, it should be properly treated to the point of sobriety and recovery again. As many times as needed, that is.

MYTH #4: Addicts can return to their previous lives after treatment 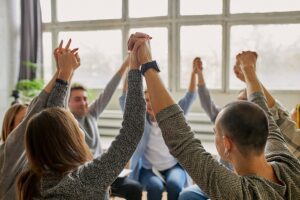 Addiction needs a lifestyle to feed it. This means that all addicts have immersed themselves in an environmental construct that supports substance abuse.

Falling back into old patterns – whether it be friends, sources or places – is all too easy and common occurrence after rehab, sometimes with fatal results.

Research shows that leaving old lives behind helps keep addicts on the right path. Some of the most successfully recovered addicts we see are ones that build a new life in a new place with new people.

Those who don’t can pay a steep price.

One study published in the Journal of Addiction Research & Therapy found relapse was common among 436 addicts voluntarily admitted to an addiction treatment center, with over six in ten of them (64%) relapsing within six months.

The biggest factor contributing to relapse? Staying connected to friends who use drugs.

In fact, nearly nine out of 10 (97.7%) of those studied who relapsed said that they had stayed in touch with drug using friends. This rate was surprisingly much higher than even those who relapsed who had a family member using drugs (53.5%). (Asghar Mohammadpoorasl, 2012)

Of course, sometimes it’s not possible to begin a new life somewhere else. For example, those with children, jobs, or other commitments that can’t be relocated.

That’s why it’s even more important for folks who can’t move to add safeguards into the mix. For example, regular AA and NA meetings and a new phone number, to begin with. Sometimes it’s really tough if a partner is using. Hard decisions ensue.

Another way to set yourself up for success is to continue treatment for long as possible. You wouldn’t stop checking your blood sugar level if you had diabetes, or your blood pressure if you had high blood pressure, so don’t stop receiving the support and therapy you need to stay clean and sober.

Outpatient addiction treatment is only one to three hours a week. Some people spend more time than that in the gym. Certainly, your mental health and your sobriety are just as important. 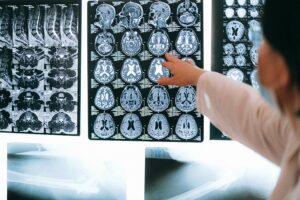 Yes, you can get physically addicted to a substance. That’s what withdrawal and detox is all about.

The problem is that, once you get past withdrawal, the same mental condition, trauma, stress or other issue that caused the addiction is still there.

Worse, turning someone loose straight from detox means they can run right back into the same storm of circumstances that led to the addiction. You must address the underlying issue that started everything in motion.

Remember too, that once past withdrawal, you may not physically need the drug anymore, but you crave it whenever you encounter a trigger. Or even all the time, in the case of anxiety, depression, trauma, etc. The effects of addiction on the brain can arguably be classified as physical or mental, but they are very real.

Long past withdrawal, your brain is also trying to re-adapt to its new reality. This takes sustained abstinence. How long is debatable, but some research shows a year to 18 months. Some changes may be permanent, yet the brain may find a way to work around them. There is so much more to learn about the way the brain works as the field of neurofeedback, with brain mapping and other tools, offers much hope. One thing is for sure, though: The clock on healing doesn’t start until the drug or alcohol use stops.

MYTH #6: Addicts are mainly young people and/or those with a disadvantaged background 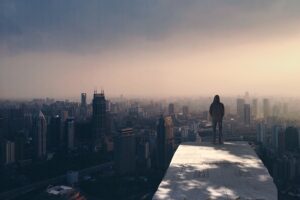 Addicts are all ages and come from all backgrounds. Addiction afflicts is equal opportunity, afflicting celebrities making millions and those living below poverty level as well. Speaking of relapse, studies have shown, for example, that literacy and educational level have no effect on whether relapse occurred.

Likewise, just as anyone can be susceptible to a mental illness at some point in their lifetime, they can be vulnerable to addiction as well.

It’s a human disease, and, as we have seen with the nationwide opioid epidemic, anyone can be at risk.

What is true is that younger people (and those with mental health issues) are more susceptible to addiction according to the National Survey on Drug Use and Health. However, the same study shows that addiction occurs in all age groups.

Older age is also tied to more successful outcomes at treatment – a finding which should give hope to those who’ve tried treatment before but have relapsed.

MYTH #7: Addicts can’t hold down a job or have a normal life 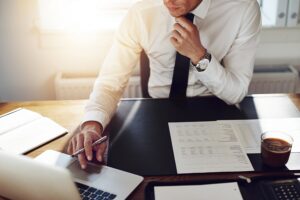 Not all addicts lose everything. Functioning addicts are among us.

In fact, there can be a significant span of time where everything appears normal on the outside. Addicts may be able to hide their addiction from family members and friends, and, most especially, from their employers.

“The job is always the last thing that goes,” says Dr. Steven Melemis, a physician in Toronto who specializes in addiction, as quoted in a Canadian Medical Association Journal article. “A [person with an addiction] knows you need your job first and foremost to continue with your addiction.” (Glauser, 2014)

Sometimes it’s only when addiction affects job performance that losing the job becomes a possibility. And, in some, addiction moves past functioning to losing jobs, relationships or even a place to live. In others, it doesn’t – they either (unfortunately) overdose or get help before hitting the proverbial “rock bottom.”

Maybe only those close to the addict know, or maybe they don’t. Denial can be a powerful thing, both for themselves and those close to them. Don’t be surprised if you are hearing some variation of, “Yes, I drink/use a little. But it’s under control. I can handle it.”

There may be signs you can observe – bloodshot eyes and a non-caring attitude to personal grooming, change in weight and apparent intoxication – or there may not. Addicts can be masters at hiding their habit.

How easy it would be to point the finger at someone or something to rest all the blame for addiction in the world.

Unfortunately it cannot be done.

In fact, blaming and fault-finding are typically fruitless endeavors. They don’t solve anything, and waste everyone’s time.

The hard truth is that addiction has been with us a long time, and will be with us for the foreseeable future. We continue to work to save as many people as possible from its clutches. 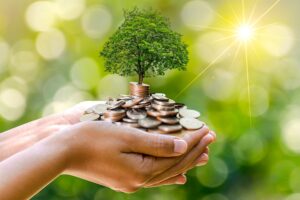 Sure, there are treatment centers that charge $20,000, $40,000 or more for their services. These are usually luxury addiction centers, packed with amenities. They are also typically inpatient facilities, meaning they provide round-the-clock care in a lockdown environment.

You’ll pay a lot less in an outpatient facility – less than a third of what you’d pay at an inpatient facility, in fact. According to studies, these programs are just as effective as their inpatient counterparts… and a lot friendlier to your wallet, too.

Finding an inexpensive place to detox before you go to that less-expensive outpatient facility is another way to cut the cost. Detox facilities that are funded by state dollars or by private donations can be the best place to start. Most addiction treatment center reps can tell you where those facilities are.

Finally, the expense of getting treatment versus the cost of continuing in addiction must be considered. First, you have the cost of the drugs themselves. Then there is the toll on the addict’s health and their relationships. Not being able to earn wages or progress in a career puts an addict thousands of dollars in the negative every month. Finally, the ever-present risk of overdose means that continuing down the addiction path can lead to the ultimate price of death.

In that light, addiction treatment is a bargain.