A constant struggle faced by our country is the ongoing “war on drugs” and what to do when a drug user is caught by police. For years, the answer has been “lock them up; they are criminals.” But year in and year out, we are seeing that locking an addict up does nothing to address the problem of addiction.

Jail time alone is not an effective form of rehabilitation for the addict, and, chances are, he or she will use again if they are not offered some type of evidence-based drug treatment in place of or in addition to their time spent incarcerated. If the addict is released, uses again, and is caught for possession, they will be thrown back into the revolving door that is the “justice” system – or lack thereof.

Because prolonged drug use stunts brain growth and keeps the user in a state of stasis, it is extremely important that the addict receive some kind of substance abuse treatment. What has been seen, day in and day out, is that rehabilitation helps an addict in more ways than one. Rehab gives addicts a safe, structured environment to in which to recover from drug use as well as address underlying issues and learn coping and social skills that may have been lost while using. They are able to regain their sense of self-worth and, more often than not, experience a newfound sense of gratitude for being given the chance to recover instead of rotting away in a jail cell.

So why do we as a nation continue to lock up addicts? The answer is simple: money.

Each prisoner in a private prison makes that prison $1500 a month (estimated). It’s a big business, and giving addicts a second chance by sending them to rehab costs the city, town or county money because that person who broke the law isn’t going to jail.

Many addicts are not looked at as human beings, They are labeled as “junkies,” “druggies,” or “lowlifes” – anything under the sun except people – people who suffer from a disease.

There are countless good natured individuals who have had their entire lives flipped upside down because they were never introduced to the world of recovery. They were a victim of circumstances that any serious drug user could face – locked up and forgotten about by society with the looming threat of a criminal history to haunt them for the remainder of their lives.

Many of them, if given the chance to recover in a healthy environment, would probably separate themselves from the criminal way of thinking. But, being immersed in the world of crime that plagues the prison system, most inmates have a very high chance of being released and eventually becoming a repeat offender. For many who have been arrested for minor drug offenses, without intervention and rehabilitation, this cycle of going in and out of jail will likely continue.

The justice system tries to sell us the notion that people who have been incarcerated can get out and be successfully transitioned into society, which may be the case for some, but for most offenders, this is simply not true. Addicts have a disease, and on top of a lifelong illness they will always struggle with, they now have compounded legal issues as well. In the eyes of the law, many become a mere number – a statistic. 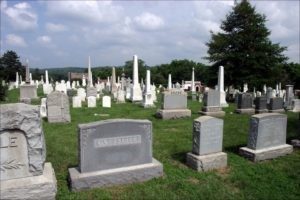 Another issue of concern with locking addicts up is the inevitable withdrawal phase. When arrested, most addicts have been using drugs for a period of time prior to their brush with the law, and have developed a tolerance to the drugs they have been using. This can create a situation that causes a long and painful detox – something that most jails are ill-equipped to treat.

When the inmate is heavily dependent on certain drugs – such as benzodiazepines like Xanax, or even alcohol – they can potentially die while in jail if they do not receive proper medical attention.

Since 2015, there have been at least four prominent cases of people dying in jails from drug-related withdrawal symptoms. In March 2015, 18-year-old Victoria Herr died in a Pennsylvania jail after being arrested on drug charges. According to several inmates, Tori was denied medical aid. Compassion, understanding and a new way of life is all these people need. Treating them like caged animals with no access to legitimate medical care will only perpetuate the problem.

Before active addiction took over their lives, many addicts had families, jobs, and lives – they didn’t ask for this burden to be placed on them. All they truly want is the help they deserve – they certainly don’t want to lie, manipulate, rob, steal, or commit a crime to get the drugs that will give them a temporary and false sense of relief.

These addicts need treatment, recovery and a new way of life. They don’t need to be locked in a cage and then released to do it all over again. Rehabilitation is needed; change is needed.

If the definition of insanity is repeating the same action yet expecting a different result, then arresting and jailing people with drug problems over and over again and expecting them to get better should also be perceived as such. Don’t let yourself or your loved one become another statistic. Pick up the phone and reach out to someone who might be able to offer you some help.