Nearly 200 people a day died from drug overdose in the United States in 2017. This record-breaking number was nearly a 10 percent increase from 2016. That was a record-breaking year for overdoses as well.

Opioids were involved in nearly 7 of 10 overdose deaths in 2017. In particular, overdoses from synthetic opioids (other than methadone) have increased 51 percent since 2016, and 500 percent since 2013.

It’s easy to conclude that we are losing the war against opioid use. But with increased awareness from both government agencies and communities across the country, we have to ask ourselves “Why?”

Fentanyl Is to Blame for Opioid Overdose Escalation

Fentanyl (common brand names are Duragesic, Subsys, Abstral) is available as a prescription for pain. A narcotic, it is a controlled substance and carries a high risk for dependence and addiction.

The Physiology of Fentanyl in Use

Fentanyl binds to opioid receptors in the brain boosting the level of dopamine, a neurotransmitter, associated with feelings of relaxation, pleasure, and reward. Users experience intense, but short-lived, feelings of euphoria. And it is this feeling that keeps people coming back for more, with deadly consequences.

Unfortunately, Fentanyl can also lead to seizures, nausea, slowed breathing, a drop in blood pressure, and fainting, as well as death due to respiratory distress. Fifty to one hundred times stronger than morphine and 50 times stronger than heroin, Fentanyl was implicated in the deaths of singers Prince and Tom Petty.

Prescription Fentanyl typically takes the form of a patch or an IV injection. However, it’s the illegal versions of Fentanyl that are behind the record-breaking increase in overdose deaths.

Numerous other illicit drugs including cocaine, heroin and synthetic marijuana are being cut with Fentanyl.

Why are drug dealers cutting Fentanyl into other street drugs? It could be to grow the demand for what they are selling. Fentanyl is highly addictive, and it only takes a little to deliver a powerful punch. Too often, though, that punch proves to be deadly. It only takes a few grams to kill someone.

There is no way to visually detect if Fentanyl has been added to a street drug. Drug users are literally putting their lives in jeopardy every time they use an illicit substance.

Recently, in a Connecticut park, over a two-day period in August of this year, 70 people overdosed on synthetic marijuana (known as K-2) laced with Fentanyl. Luckily, authorities were on the scene to administer treatment and prevent any deaths from occurring.

K-2 itself is dangerous. Despite the moniker “synthetic marijuana,” it isn’t really marijuana. It’s a mixture of chemicals designed to give the user the same feeling as smoking marijuana, only K-2 is much more potent. It’s cheaper than marijuana and increasing in popularity.

Unwanted effects from K-2 include:

Because its makeup is ever-changing, the effects of K-2 are unpredictable as the drug can also be easily laced with Fentanyl.

Where Is Fentanyl Coming From?

China has been implicated as a major supplier of Fentanyl in the U.S. In fact, it is readily available from the internet via Chinese pharmaceutical companies, according to Senate findings earlier this year. In some cases, components are shipped from China to Mexico (or even from other locations in the U.S.) to be chemically assembled.

There has been swift action by all branches of government to stop the flood of the dangerous drug from coming into the country. But is it enough?

Measures aimed at controlling the amount of Fentanyl prescriptions written in order to prevent addiction and stop the illegal use of the drug appear to be working. From 255 million prescriptions written in 2012, to 191 million in 2017, this is the lowest number in a decade. However, with an increase in overdose deaths due to opioids, the illegal market is apparently picking up the slack – and then some.

Prosecutors are stepping in to combat the illicit drug market by holding dealers responsible for overdose deaths by Fentanyl. And the prosecutions are increasing dramatically. In another bold move, the Justice Department even brought charges against Chinese nationals who were accused of dealing in “large quantities” of the drug to U.S. citizens.

In September, the Senate passed a bill to improve international package tracking using digital means. The U.S. Postal Service and Customs and Border Protection have joined forces in the effort to stem the tide of Fentanyl crossing our borders. Case in point: 110 pounds of Chinese-provided Fentanyl were seized in Philadelphia in June of this year. This quantity was enough to kill the entire population of the state – twice.

In addition, the federal government is putting its money where its mouth is. In 2018, Congress approved the FY 2018 Omnibus Appropriations Bill which contains a provision dispatching nearly $4 billion toward the opioid crisis. The CDCP received just under a half million dollars of that money, while a handful of states such as New Jersey – one of the highest states in the nation for opioid overdoses – are receiving $1 billion grants.

What Do We Do Now?

Even with government efforts and funding, opioid overdose rates are still climbing. Clearly, it will take a more multi-pronged approach to rid ourselves of this unfortunate crisis.

What is missing? More education surrounding opioid overdose facts and a grassroots movement that can share the information with Americans from coast to coast is a great place to start.

We all need to know more about how to identify who’s at risk for drug addiction so that we can intervene to prevent drug use. Hopefully, education will stop drug use before it starts. Moreover, those who are using drugs also need to be aware that any drug, at any time, can contain a lethal dose of Fentanyl. If they are unable to stop using drugs on their own (the biology of addiction makes doing so extremely difficult), treatment for their addiction is crucial to avoid accidental overdose.

Changes to the Brain Make Addiction Treatment a Necessity

Research has shown that long-term drug use changes the neurochemistry of the brain. Opiates flood the brain with good feelings from artificial endorphins. In the process, the brain stops (or slows down) the production of hormones that provide natural, pleasurable feelings.

The result drives opioid users to use again, and again, and again. In fact, they can feel very ill, anxious, stressed and depressed when opioids are not in their system. This is the hallmark of addiction – withdrawals. The users focus on stopping the bad side effects instead of chasing the good in their lives. Using drugs is no longer a choice, but reflective of a disease.

As you can see, it’s not about the individual’s discipline or lack thereof. The biology of addiction makes treatment a necessity.

Long-term specialized treatment is effective in combating this disease. According to Drugabuse.gov, the best programs provide a combination of therapies and other services to meet an individual patient’s needs.

The right treatment helps people achieve recovery, but continuing with a support network (such as an addiction treatment center alumni group) or other ongoing support (therapy, for instance) can help maintain sobriety. Drug rehab treatment works when ongoing evaluation and modification are part of the program.

Similar to treating other chronic diseases such as diabetes and heart disease, ongoing care is the key to maintaining recovery.

Treatment is badly needed for those suffering from opioid addiction. Unfortunately, these individuals are subject to the same limitations as those addicted to other drugs.

According to a study done by the Center for Behavioral Health Statistics and Quality (2016), only 1 in 10 people who have a substance use disorder receive treatment for it. Of those with a substance abuse disorder, 4 in 10 also have a mental health condition but less than half will get treatment for either disorder.

Getting Past the Stigma

The problem of denial is common in drug and alcohol addiction. Approximately 40 percent of those who are aware that they have an alcohol or drug problem are ready to deal with it. Although they may feel that they don’t “need” treatment, these sentiments could be due to changes in their brain from drug use affecting priorities, motivation, and judgement. These changes could be hindering individuals from realizing they need help, and this is where intervention can be beneficial.

Another critical component is that in our society, there is a sense of shame surrounding drug and alcohol addiction. This stigma often prevents people (and their friends and family members) from reaching out for help. We need to work to remove this stigma so that more people seek the treatment that they need. 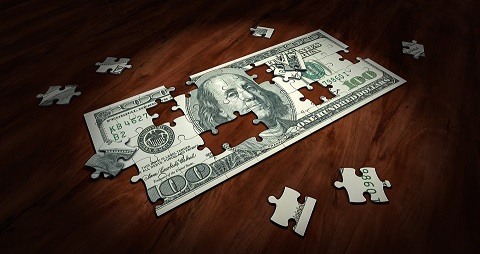 Even those who would like to receive treatment may not be able to access care due to lack of insurance coverage or the funds for private pay options.

Research has shown that treatment more than pays for itself in reducing healthcare and other costs associated with drug and alcohol dependency. In the workforce, there are savings for both employer and employee realized through greater productivity, fewer accidents, and decreased absenteeism and turnover.

Treatment shouldn’t be looked at as a “one and done” occurrence. Addiction relapse rates are similar to those with other chronic diseases. As such, treatment should be long-term in many cases, with multiple checkpoints and interventions to prevent relapse, and to recover from a relapse episode should it occur.

Not a failure, but part of the human condition within addictive behaviors, relapse is an indication that adjustments are needed to get back to a point of sobriety and maintain it. Again, addiction recovery parallels the treatment of other chronic diseases. Such diseases can be under control for periods of time and punctuated by relapses which are then treated in order to reach baseline levels again.

The important part (and sometimes the hardest) is to take the first step to get into treatment. If you or someone you know is suffering from drug addiction, consider giving our drug addiction treatment center a call. We will do whatever we can to help you, your friend, or your loved one get the treatment necessary to regain healthy balance.