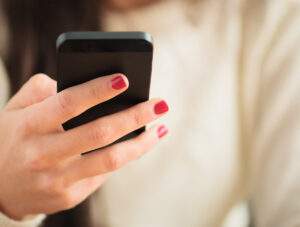 “An affair. A divorce. Mental illness and heartbreak. I was just 12 years old when it all fell apart.

It started with an unexpected phone call. My Dad was on the line. He’s talking very fast, full of anger and emotion – hyped up, as one of my relatives would say – spitting words in rapid fire that he wouldn’t normally speak. It was my Dad,  but not.

Exactly what he said, I couldn’t recall… I was in shock. The gist was that he wanted to get someone to come get him out of the place he was in. Right now! I had thought he was on yet another business trip, but instead he named a mental facility. I didn’t know what to say and passed the call to my mom.

Afterward, I try to make sense of it. My mom drops a bombshell: Dad had bipolar disorder, just as his father had. Something had happened – probably a threatened suicide, looking back – and my dad was temporarily hospitalized.

‘How long has he had this?’ I asked. ‘For quite a while,’ she answered. My brother and I were just kids, so she had tried to shield us from it. How could we understand what it was, anyway? I still didn’t understand it as a preteen.

She then told me about another episode; one I remembered. My brother and I were little kids when my dad woke us up in the middle of the night to go to the backyard. There we were… kneeling in the grass and staring up at the stars.

‘Look up and concentrate really hard,’ he told us. ‘Just beyond the stars.’ I did as he said but stole a look at him. I could tell something was wrong. He had the strangest look on his face. I didn’t know what he was thinking about, but, somehow, I knew it wasn’t about the stars. Something was really wrong.

He seemed a bit shocked at the question, as if it distracted him. ‘Yes, I’m  ok,’ he said, his expression shifting.

Soon after, my mom comes screaming out of the house, clutching at her robe. She quickly ushers back into the house and into our beds. Apparently, he had said to her, ‘Wouldn’t it be wonderful if we all went to heaven as a family tonight?’ I didn’t know at the time what was going on, but hearing that made it retroactively traumatic, if that makes any sense.

Not too long after the phone call that changed my life forever, I found something else disturbing.

My parents separated – and not the for the first time. I had young childhood memories of making homemade cards for my Dad which dotted the refrigerator of his small, barely furnished apartment. He would pick us up, take us to the playground and 7/11 or to his house for a meal and return us home. These episodes of him living apart didn’t last long, though. He always came home eventually. 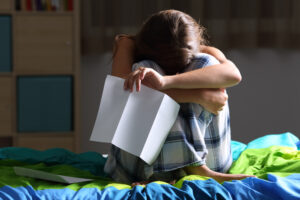 Now, at 12-going-on-13, I find myself alone in his hotel room. There is a handwritten letter sitting out. I pick it up… it’s from his mistress. She needed time to think, she said. She mentioned their previous meetups on his ‘business trips.’ One sentence particularly hit me hard: ‘One thing you said you’d never do was leave your family.’ Not sure why, but I took the letter to my mom. Maybe I still thought they could work it out? The letter did say that the woman was conflicted… and she was married with children as well. I was so naïve!

Not long after that came the declaration. It was a sit-down at the house with the four of us: Mom, Dad, my brother, and me. They presented a united front as they announced their divorce. Were they sure? They had been through this before and worked it out, right? Yes, yes, they were sure. This time, the separation was going to be permanent. Holidays, birthdays, Christmases, and just everyday conversations with my Dad –those were over. I had been mad at him for traveling so much right before he and my mom separated for the last time. Yet now he would never be here. Disillusionment, depression, finality… no going back now!

By the end of that year, my life was nothing like what it was before. My mom coped in her way, with a whirlwind of activity; I went out with my friends and drowned my emotions in the drink and the weed.

The mental illness, my dad moving out, the divorce… all of this was happening, and I had control over none of it. It was like being caught up in a tsunami – overpowered by an irresistible force. It is going to take you where it takes you, and you just hold your breath and wait.

Eventually, I met someone, we started dating, and he gave me exposure to more drugs: cocaine, hash, and more. Was it him I wanted or the drugs? I wasn’t sure. They offered an escape from my problems that seemed to overpower me, and he was the gateway to that escape.

All I knew was that I needed to be numb. Filling that need was more important than anything else. My grades took a nosedive, I started cutting class, I was out all night. The way I dressed changed, my personality shifted, I looked and acted like a different person. Heavy makeup and short black skirts. I rarely ever smiled. My Mom was concerned, but probably wrote it off to the divorce or a phase.

I convinced myself that nothing mattered much to me. And nothing dulled the pain like the drugs and alcohol. Everything else came a distant second, if it even registered at all.

Little did I know that the worst was yet to come.”

Childhood traumatic experiences have been strongly linked with addiction. Called “adverse childhood experiences,” or ACEs, they are commonly found in the background of many addicts. The higher the number of ACEs, the greater the chance of alcoholism and drug addiction.

Each ACE also raises the risk of a host of problems, including chronic depression, smoking, problems with work performance, violence, broken marriages, health issues, and even suicide attempts.

“The ACE Study opened the door to an understanding that ACEs are at the root of nearly all problems of physical, mental, economic and social health in humans, no matter where in the world those humans live.”

ACEs were the focus of a landmark Centers for Disease Control and Prevention-Kaiser Permanente study conducted in the mid-1990s. It remains one of the largest studies of how childhood neglect, abuse, and household issues affect adults later in life. The original study identified the following adverse childhood experiences that impacted adulthood:

Later studies added the following ACEs to that list, including: 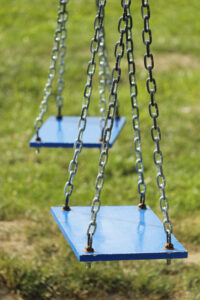 Past Trauma is a Predictor of Addiction

Any type of trauma can increase your chance of abusing substances. Nearly 70 percent of people who have PTSD, for example, also have problems with substance use.

And that trauma is unique to you. It could have been one word you hear or one post you read. If you experience it as traumatic, it traumatic for you.

Living with past trauma can be painful. Using substances is an attempt to self-medicate and avoid those painful feelings.

“If there are major stresses in early childhood, the HPA feedback loop becomes stronger and stronger with each new stressful experience. This results in an individual who, by adulthood, has an extremely sensitive stress circuit in place. In life threatening situations such as life in an area torn by war – this exaggerated response would help an individual to survive. In contemporary society, however, it usually causes the individual to overreact hormonally to comparatively minor situations.”

Exposure to trauma can change the way your brain functions. It affects the prefrontal cortex’s ability to regulate the amygdala (responsible for responding to threats) and shrinks the hippocampus (responsible for problem solving and memory).

Because your prefrontal cortex – the boss of your brain, controlling activity in other regions – has a harder time regulating the amygdala, you may have difficulty recognizing truly dangerous situations from innocuous occurrences, experiencing a host of mental and physical symptoms as a result.

During the ‘fight-or-flight’ response, you can experience the following symptoms:

Although these symptoms are designed to help you in a true emergency, being in fight or flight mode continually is not healthy. You can develop a host of unpleasant symptoms and, each time, are further reinforce the response so that you become more and more sensitive to stress.

A stress response that is overreactive, keeping your body awash in stress hormones, can lead to the development of the following over time:

Trauma causes atrophy and shrinking of the hippocampus, which affects your ability to solve problems as well as your memories. It may be harder to tell the difference between a past memory and a present situation.

You Can Heal from Trauma

Trauma may feel overwhelming, but it is treatable by qualified mental health professionals. In addition to psycotherapy, treatments include biofeedback, neurofeedback, and more. Medication may also be prescribed to help deal with the symptoms while other treatments are working to heal your trauma.

If you have been self-medicating your trauma with drugs or alcohol, there is a lot of hope for you. Many people in your shoes have successfully recovered from both trauma and alcoholism or addiction. A qualified dual diagnosis treatment center can be a Godsend. Don’t be afraid to reach out for help.