This entry was posted in Addiction Recovery and tagged can you get addicted to molly, molly addiction, overcoming molly addiction on August 21, 2021 by Justin Baksh, LMHC, MCAP, Chief Clinical Officer.

The short answer is yes, you can be addicted to Molly.

Molly (MDMA) activates many of the same chemicals in the brain – dopamine, norepinephrine and serotonin – that other drugs do. It is classified as a Schedule I drug, meaning that it no currently accepted medical use and has a high potential for abuse. Molly also has a withdrawal symptomology and can bring on anxiety and psychosis.

A Molly addiction also falls under the heading of “Other Hallucinogenic Use Disorder,” in the American Psychiatric Association’s Diagnostic and Statistical Manual of Mental Disorders (DSM-5), the gold standard for diagnosing mental and substance use disorders:

“Other hallucinogenic use disorder is a substance use disorder characterized by a problematic pattern of hallucinogen use… leading to clinically significant impairment or distress. Of the other hallucinogens, MDMA [Molly] is thought to have the greatest risk in terms of withdrawal symptoms and neurological impairment.” (American Psychiatric Association)

Although definitive research on Molly addiction has produced mixed results, there are many reports from users that they feel hooked on Molly.

The number one question, though, is simple.

Are you (or someone you love) addicted to Molly?

Not everyone who uses a drug becomes addicted to it. The litmus test is whether it has significant negative effects on your life. Ask yourself the following 10 questions to find out.

If you can answer yes to at least two of the following, you meet the diagnostic criteria for other hallucinogen addiction.

“You are not supposed to do Molly every day. And I do it every single f****** day. All I’ve been thinking about all day is wanting to get high… I’m hooked on Molly. I used to have so much going on in my life, but now all I think about is what I’m going to roll next.”  –  Paige, professionally trained dancer, in an interview with MTV for “True Life: I’m Hooked on Molly” (MTV, 2014)

Addiction is a disease – a chronic yet treatable one. Its roots are based in both genetics and environment, including the events you experience in life. As with all substances, there is hope for those with Molly addiction. Thousands, if not millions of people have successfully overcome addiction – and you can, too.

What is Molly, Anyway? 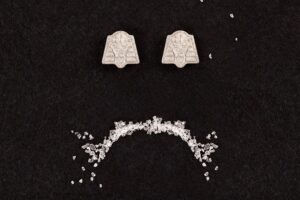 Originally developed in 1912, it was intended to be a substance from which could be created medications to control bleeding. During the 1970s and 1980s, it was used as a psychiatric drug – as a way to bolster communication and achieve greater awareness of issues – and on the street, where it gained increasing popularity. However, legal use came to a screeching halt in 1985. The DEA banned MDMA, deeming it a controlled substance.

How do you feel on Molly?

“I was at a party when my friend suggested we try Molly together. I just couldn’t believe the high. I had never felt anything like it before. All of my depression and sadness just kind of went away.” – Paige, “True Life: I’m Hooked on Molly” (MTV, 2014) 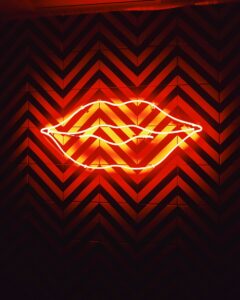 Molly is both a stimulant and a hallucinogenic drug.  It can give users that euphoric high and a rush of energy. It also distorts perception.

Oxytocin (the love hormone), testosterone and cortisol (the stress hormone, “fight or flight”) are released in increasing amounts when using Molly.

Users can experience both an increase in warm, loving feelings  – but also may feel heightened stress, as it can amplify negative thoughts and emotions as well. Its unpredictability is similar to LSD in that regard. (Parrott, 2014)

Side Effects of Molly

While on Molly, you can experience the following side effects:

You may also notice stiffness in your muscles or joints, have a headache, feel sweaty or nauseous. You may experience hot flashes or chills, restless legs, or illogical thoughts. Your appetite will probably be suppressed as well.

‘Suicide Tuesdays:’ Coming Down from Molly

“I’m dealing with a lot of regret. I feel like Molly made me stay in high school mode, where drama was always around, because even though [there’s] that one day of doing molly, the next day you have a depression; [and even] the next day as well. Like for five days you feel like crap. I’m still tired, and I just… I’m depressed because I feel like I messed up my life a lot.” – Ally, “True Life: I’m Hooked on Molly”  (MTV, 2014) 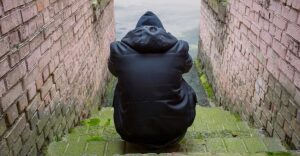 Our bodies always seek a balance. After a period of heightened hormonal release, there will be a “down” period as the brain recovers. Lowered serotonin levels can decrease energy and bring on depression.

That’s how the slang term “Suicide Tuesdays” came into existence. It refers to the comedown period following taking Molly over the weekend. In some people, the down cycle comes on more quickly, as in “Blue Mondays.” And it’s not just an expression, it is a real phenomena.

Ben Stoller, 18-year old, committed suicide on a Monday following suspected use of Molly on a Friday night with friends. The toxicologist found traces of the drug in his blood.. While he had suffered from depression in the past, the coroner expressed that her opinion that comedown from the drug probably played a role in his state of mind at the time of his death. (Shepard, 2015)

This tragedy aside, the down cycle from Molly can be considerable. In fact, some effects of Molly can linger for days (even weeks) after using. They include:

The more Molly you take, the worse your withdrawal symptoms can be. Of course, experiencing withdrawal can be a sign of Molly addiction as well.

Is it really Molly, though?

“’Anyone can call something Molly to try to make sound less harmful,’” said Mr. Payne of the DEA. “’But it can be anything.’” – New York Times (Aleksander, 2013)

Don’t let the innocent sounding name fool you. The Molly that is being sold to you isn’t necessarily ‘pure’ crystalline MDMA powder. It is can be be laced with some other substance. As a street drug, Molly has no purity standards or safeguards in place.

For years, reports have surfaced of Molly being cut with other drugs:

It’s clear that neither Molly nor adulteration of it is going anywhere soon. Among the drugs that have been found in Molly samples are:

How to Deal with Molly Addiction

“I have a new girlfriend, and she’s been helping me out a lot. She’s been introducing people that aren’t into Molly. I’ve always wanted to be a singer/songwriter. And now I’m finally ready to pursue that dream. It’s not that it’s been easy since I left rehab. I’m going to do everything I can not to screw it up. The life I live now is ten times better than I could have ever lived when I was on drugs. Molly destroyed a lot of things in my life, and I’m just slowly getting it all back.” – Ally, speaking about life after going to rehab for Molly addiction, “True Life: I’m Hooked on Molly,” (MTV, 2014)

The underpinnings of addiction are typically psychological – and then it becomes physical. That’s why it’s important to address both aspects in an addiction treatment program. 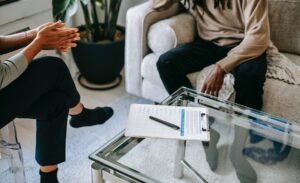 First comes detoxing from Molly. This involves an approximately five-to- seven-day stay in medical detoxification center, followed by a full-time treatment program with one-on-one counseling sessions, group sessions, brain mapping, neurofeedback and more, of about 28 to 30 days. At this stage, you are treating the underlying psychological issues that led you to use Molly.  If there are co-occurring conditions such as anxiety or depression, they are diagnosed and treated here.

From there, you can step down into an Intensive Outpatient Program (IOP) that still offers group and individual support on a part-time basis, for approximately four to six weeks.

Finally, you can set yourself up for successful recovery from Molly addiction with fully outpatient treatment, seeing or talking to an addiction treatment professional for just one to three hours a week.

If you or someone you loved is showing signs of a Molly addiction, know that there is hope. You can get your life back. And it starts with a phone call or asking a family member for help.

Berezny, T. (2020, July 11). Why is DEADLY FENTANYL now showing up in street drugs like MDMA and cocaine? NOW Magazine.

Naftulin, J. (2020, January 30). People who take drugs like ecstasy at festivals may unknowingly be using Ketamine too, scientists say. Insider.