Weed, marijuana, pot, grass, ganga… whatever you call it, is it addictive? Yes, it can be.

Overall, nine percent marijuana users become addicted, according to reports. That number rises to 17% for those who start using as teenagers and 25 to 50% for anyone using daily. (Budney et al., 2007)

Even though a lower percentage of people become addicted to marijuana than, say, heroin (24%) or cocaine, (15%), marijuana is used by more people. That’s why the numbers of those addicted to it are double those of any other illicit psychoactive substance.

But you don’t have to take someone else’s word for it. Let’s hear from those who’ve been there:

“I smoked pot for well over 20 years. I held down jobs, learned to invest, had relationships [and] money and looked as [if I was] a happy and stable man. But deep down inside, I had this uncomfortable feeling eating away at me, my life had become unmanageable and I was powerless over my pot use. I slowly but surely lost my confidence and my will to live life to the fullest. I had gone from being a very responsible man to a lethargic non-caring one, a “life’s too hard” attitude sort of person. Addiction had taken hold of me and was slowly squeezing the life out of me. I had hit a big pit in the game of life!” – Ron (Partnership for a Drug Free New York)

“I was pretty straight edge until my junior year when I saw a lot of my classmates beginning to smoke weed… The [second] time I got high was… in spring… By mid-summer, I was dumping out trash cans with ashes at the bottom so I could pick through and make a pile of charred green that I could smoke. For the next two years, my life fluctuated between weeks of being high and weeks of being clean, trying to make up for late homework and ignored relationships. Over time, the proportion of high time to clean time became steadily more heavy on the high side. I went through several periods of suicidality… Luckily, I always got high before I was ready to actually kill myself. Anyway, in the last three months of my use, I had been stealing whatever amount of money I thought I could get away with to buy my weed. Eventually my mom caught on to the fact that I was not only stealing from my family, but my girlfriend too (I stole from whoever gave me the opportunity). Fearing for my legal status she gave me an ultimatum, treatment or cops. I chose treatment and have been clean since (with the help of AA).” – Jake (Rodenberg, 2012)

“There must exist high-achieving, Rhodes-scholar-level super stoners, but I’ve never met one. It’s not like I wanted to become the CEO of Big Lots or [something]… I just wanted to have some dignity in my life. And the obvious lack thereof, which plagued me for the last several years of my use, sent me into the darkest depression I’d ever experienced about two weeks before I quit. The truth of who I’d become was in direct opposition to the vision I’d had for myself as a child. Whoever dreams of becoming a middle-aged pothead? I was supposed to be vibrant and enjoy at least a modicum of professional success, but I was always too high and burned out to write anything to completion. I had become an unmotivated, out-of-breath hag, always with the enormous double-stuff spliff in my right hand.” – A.N. Gould (Gould, 2020)

These are but a few of so many similar stories. They tell the tale of wasted time, unrealized potential and unmet expectations of becoming the person they wanted to be.

RELATED: Addiction recovery success stories
Do you have addictive personality? Take the quiz 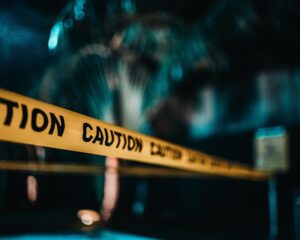 Many people (especially those invested in the legality of marijuana or who are actively using it) like to claim that marijuana is a harmless drug. It’s not. (Rudavsky, 2019)

Marijuana doesn’t just have the power to cause addiction, which is harmful enough. It can be a life-or-death matter. (Paton, 2019)

First, there is the story of Brian Smith Jr., for one. A 17-year-old who liked to smoke weed, he continued to use even though he kept experiencing severe abdominal pain and vomiting. In October 2018, he died after another round of severe vomiting. Cause of death? Dehydration due to cannabinoid hyperemesis syndrome was the coroner’s verdict.

There’s the 39-year-old woman whom a New Orleans coroner believed to have died from vaping THC oil.  “It looked like it was all THC because her autopsy showed no physical disease or afflictions that were the cause of death,” the coroner told the New Orleans Advocate. “There was nothing else identified in the toxicology – no other drugs, no alcohol.”

Sadly, there is also Johnny Stack. Hoping it would alleviate his social anxiety, he started smoking weed – a “potent, 90% high-THC wax extract.” Instead, he experienced episodes of psychosis and then full-blown schizophrenia:

“He suffered from persecutory and delusional thinking (the FBI wanted him for terrorism, the world ‘knew about him,’ the mob had it in for him, his parents were ‘in on it,’ etc.).

Three days before he died, he told his mother, ‘I need to tell you that you were right… about the marijuana and the drugs. You told me weed would hurt my brain, and it’s ruined my mind and my life. I’m sorry, and I love you.’

It’s also too late for Jennifer Hrobuchak, fatally hit at 80 miles per hour by a stoned driver racing through a red light in 2012. (Gasper, 2019)

About one year earlier, 16-year-old Henry MacDougall lost his life after driving high, passing out and hitting a stop sign. (SAM, 2020)

While marijuana is less fatal in relation to, say, fentanyl, it can and does have deleterious effects. Marijuana can wreck lives.

Today’s marijuana is so much more powerful than it was in the past.

In the 1960s to the 1980s, the THC (tetrahydrocannabinol) level of marijuana was under two percent. (Stuyt, 2018) In 1995, that doubled to an average of 4%, according to Drug Enforcement Association samples analyzed by researchers.

Today it’s been measured as high as 28%, as recently as 2017. Concentrated THC products (oil, edibles, dab and shatter) can achieve an even higher THC concentration of 95% or greater. (Stuyt, 2018)

Why does all of this matter when it comes to marijuana’s harmful effects?

Because the higher the potency of a drug, the stronger the risk of becoming addicted.

Also, while THC causes damage, it seems that the presence of CBD somewhat mitigates that damage. For example, studies show that longer-term, heavy marijuana uses (over 10 years of use of more than five joints a day) had shrinkage in hippocampal and amygdala regions of the brain and reduced performance when it came to verbal learning. However, when comparing current users exposed to CBD along with THC with THC only users, the CBD group had less damage. (Ashtari et. al, 2011)

It’s also good to know that these changes seem to be reversible. Those who had stopped using marijuana for 29 months had similar scans to the control subjects.

What are marijuana’s negative effects?

Marijuana has several adverse effects. Some are short-term, resolving immediately use, and some are longer lasting.

The good news is that many of these ill effects can be mitigated by stopping use. 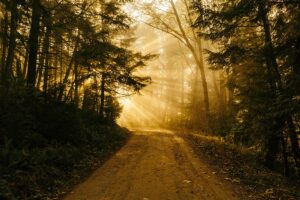 Addicted to Marijuana? Here’s What to Do

You can definitely recover from marijuana addiction. Many have done so before you.

It is highly recommended that you seek treatment. Why? Without it, relapse is a higher possibility. Adults who seek treatment on average have already tried to quit six times. (Budney et al., 2007)

Treatment from a qualified treatment center can help you through the withdrawal phases and give you the skills you need to stay clean for a lifetime. You may experience the following withdrawal symptoms as your body adjusts to life without marijuana:

If you have only been using marijuana, there may no need for a medical detox (where you are hospitalized and monitored 24/7).

However, if you’ve been drinking alcohol heavily and chronically, or using other substances along with marijuana, you should consider a medical detox stay.

Also, some marijuana is so potent, or potentially laced with another substance, that you may have no choice but to detox medically. Generally, medical detox is a five to seven day stay.

When you contact a treatment center representative, they can help you determine whether you need a detox stay or not. Most are available at any time, day or night.

After detox (or, if you are able to skip the medical detox), you can go straight into an outpatient treatment program. Meaning that, if you are employed or have other outside commitments, you keep them. Find a treatment center with a flexible schedule so that you can do your treatment at night (or day if you work at night).

Several studies show that the standard outpatient treatment – available at most addiction treatment centers – can be effective, including:

Each of these treatments is effective on their own and can be even more so in combination.

Family-based treatment has also been shown to help. Those who know you best and with whom you interact with on a daily basis are very important to staying clean. Addressing underlying family dynamics that may have contributed to your addiction can only reinforce your success.

Give yourself the best chance at recovery by getting outside help… and keep your routines with outpatient treatment from a qualified treatment center.

Since financial difficulties can follow marijuana addiction like a boat’s wake in the water, it’s good to know that treatment can be affordable.

First, insurance can cover all or a part of the cost of intensive outpatient (IOP) treatment.

Finally, you can spread out the expense. Put it on a credit card and pay it back over time. You can also ask the treatment center if it is ok to pay in installments, or ask for a sliding scale fee. The trick is to ask.

As with any other health care provider, there’s no shame in asking for an arrangement if you can’t pay all at once. Treatment centers are used to hearing these questions, and many are flexible. After all, their objective is to help as many people as possible.

While marijuana is legal for recreational use in 11 states, that doesn’t mean it isn’t addictive and potentially harmful. Witness the well-known and documented risk with alcohol, although legal in all 50. The fact is marijuana can upend your life, as well as the lives of those around you.

If you are struggling now with a marijuana addiction and are ready to change, reach out to a qualified addiction treatment facility for help.

It doesn’t matter how many times you’ve tried before or what has happened in the past. It’s about what you do right now.

Be willing to try again and to do the work. With the right treatment, you can experience the joy of a life without drugs, and reach your full potential. As long as you’re still breathing, your dreams can still come true.

RELATED: Find out more about Foundations Wellness Center’s programs
Former alcoholic and drug addict shares his story
Is it possible to overcome addiction?
Why addiction is a disease

Stuyt E. (2018). The Problem with the Current High Potency THC Marijuana from the Perspective of an Addiction Psychiatrist. Missouri Medicine, 115(6), 482–486.