This entry was posted in Addiction Recovery and tagged brain mapping, brain mapping for addiction on May 13, 2020 by Justin Baksh, LMHC, MCAP, Chief Clinical Officer. 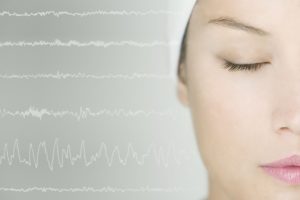 How Does Brain Mapping Work?

Electrical impulses, or brain waves, are generated when any of the 100 billion neurons in your brain communicate. These brain waves can be picked up by the qEEG (quantitative Electroencephalogram) diagnostic tool. This shows how your brain functions and allows the test administrator to pick up on any atypical results.

It is a relatively quick process. First, a sensor cap is placed on your scalp. You sit comfortably while the electrical activity in your brain is captured by a device connected to the sensor cap. The data is analyzed and compared to normal controls, then a report, including color-coded maps of your brain’s activity, is generated.

Again, the procedure is safe and non-invasive. Brain mapping only records your brain’s signals and does not affect them.

What’s the Difference Between an EEG and a QEEG Test?

What is unique about the qEEG test is that it amplifies the information collected in a standard EEG (Electroencephalogram test). By analyzing EEG information and comparing it to databases of “normal” individuals of the same age and gender, it can indicate areas that are underactive, overactive or normal.

For example, there are identifiable patterns of dysfunction in each of the following brain disorders that can be picked up by brain mapping:

Anyone who is struggling with mental health issues – and that includes addiction – can potentially benefit from brain mapping. It is an invaluable assessment tool. 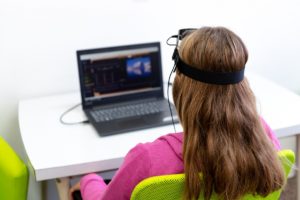 What Happens After Brain Mapping?

Highly qualified professionals use information from your brain mapping session (along clinical and medical evaluations) to formulate a comprehensive addiction treatment plan. Your initial brain mapping report also provides a baseline from which your progress can be tracked over time.

Part of your plan can include neurofeedback. A form of biofeedback, neurofeedback uses a reward system, such as music or game playing to help retrain your brain to function in a healthy manner. For example, when your brainwaves are optimal, you may hear music or have access to a fun game. Likewise, when your brainwaves are not optimal, you will receive “negative” feedback such as the music or the game stopping. This painless training teaches your brain to operate optimally.

RELATED: How do drugs affect the brain?

Neurofeedback can be a valuable component of your overall addiction treatment plan. It can also be helpful in treating underlying mental health conditions such as anxiety and depression as well as ADHD and PTSD.

Neurofeedback is an evidence-based therapy for many brain-based conditions and is utilized by over 7,000 mental health providers in the United States. The International Society for Neurofeedback is a professional association entirely devoted to its practice, and its scientific journal, NeuroRegulation, publishes the latest research in the field. In addition, the Biofeedback Certification International Alliance provides certification for practitioners.

With addiction in particular, there have been numerous research studies that demonstrate the effectiveness of neurofeedback.

Medication assisted therapy (MAT) in combination with neurofeedback was shown to be more effective than MAT alone in another study of 20 opioid-dependent clients. Those receiving neurofeedback in addiction to MAT:2

Seeing cues related to drug or alcohol use can trigger a brain reaction that leads to relapse. One study showed a decreased response to alcohol-related cues after neurofeedback3 while another showed lower response to drug-related cues.4 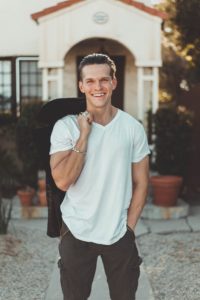 Dealing with the Boss: Your Brain

Turns out, everything really is all in your head. Your brain is the boss of your body, for better or worse. It controls nearly everything you do.

Similar to a computer system, it receives input – all that we see, taste, feel, hear and do, along with the outcomes of our actions. It then processes this input against everything we have learned up until this point, and out comes our reaction or how we act in the world, just as typing on a keyboard produces an effect on a laptop screen.

It is no surprise, therefore, that efforts to retrain the brain can be effective in treating addiction, which itself is a brain disease. Much like the rewards of illicit substance use trained your brain to seek more of the drug, at any cost, brain training in the form of neurofeedback can reduce cravings, improve your mental health, and most importantly, train you to live (and live well) without drugs or alcohol.

Are you struggling with addiction now? When you need to know where you want to go, but aren’t sure how to get there, a map is a good place to start. Brain mapping shows where you are now – unearthing issues – and points to effective therapies that restore healthy brain function. Along with MAT, counseling, and social support, brain mapping and neurofeedback are valuable tools in achieving sustained recovery.

RELATED: What Demi Lovato teaches us about addiction and recovery
Do other countries treat addiction as we do?
Do you have an addictive personality? Take the quiz