As an essential business, we remain open to help those struggling with addiction
(855) 807-0846
This content was written by: Justin Baksh, LMHC, MCAP, Chief Clinical Officer
Although never easy, the road to recovery should be as comfortable as possible.

At Foundations Wellness Center, we use every tool at our disposal to help our clients build a firm foundation in recovery. One of those tools is medication assisted treatment (MAT). MAT is the gold standard for treating opioid addiction. Despite being a powerful weapon against addiction, MAT can be frequently misunderstood. Following are answers to the most frequently asked questions that clients and families have about our MAT program. 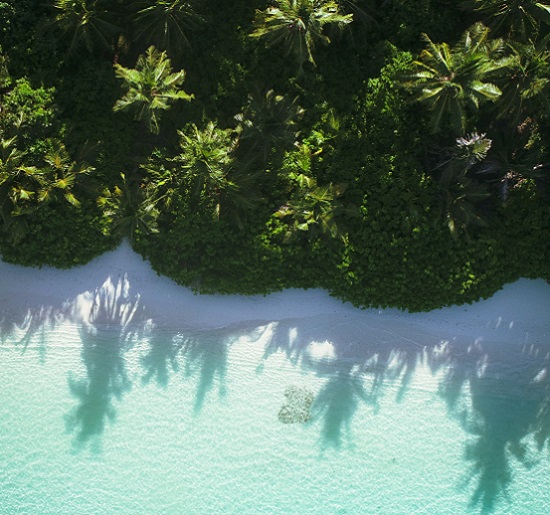 What is Medication Assisted Treatment?

Medication-Assisted Treatment (MAT) is a “whole patient” approach to treating addiction. Medications are used alongside behavioral therapy and counseling to increase the likelihood of achieving sustained recovery.

The indications and usage for these drugs state that they should be used as part of a complete treatment plan that includes counseling and psychosocial support. MAT programs include evidence-based approaches such as individual and group therapy, as well as help developing a solid network of support to stay clean.

Because no two people experience addiction and recovery in the same way, our comprehensive treatment plans are tailored to the individual.

Why Use Medication Assisted Treatment?

When clients stop using their drug of choice, their bodies go through a painful withdrawal period. This is one of the main reasons why the chance of relapse is high, particularly in the early stages of recovery. The prospect of feeling “dope sick” whenever they stop using keeps the addicted in the vicious cycle of addiction.

This first stage of withdrawal is called the acute stage. Typically lasting about a week, acute opioid withdrawal includes the following symptoms:

Clients typically do not begin counseling or any other type of treatment at this stage. Instead, the focus is on getting through the most intense part of the withdrawal process while under continuous medical monitoring and care. MAT treatment can lessen the severity of these symptoms, allowing clients to more comfortably pass through the acute withdrawal stage.

Only when cleared by a qualified physician do clients move on to the next phase of treatment, or partial hospitalization. During this phase, clients can still experience mental and physical symptoms of withdrawal, called the post-acute withdrawal stage. Symptoms include:

PAWS symptoms can last much longer than the acute phase of withdrawal – from six months to up to two years in some cases.

The problem is that these later-stage symptoms can get in the way of recovery. Withdrawal symptoms can drive a client to leave treatment against medical advice, diving back into substance abuse as a way to self-medicate. If clients do stick it out, PAWS can prevent them from fully focusing on and participating in their counseling sessions, lessening the program’s effectiveness. 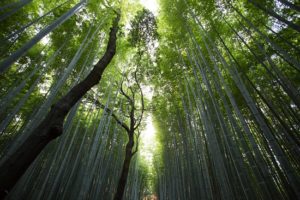 You only get out of it what you put into it.

Tweet this out
Not only that, but the anxiety and depression brought on by entering the post-acute withdrawal stage need to be treated as well, making it even more imperative that a client takes advantage of treatment offered. Physical pain – sometimes from a physical condition or injury and sometimes brought on by the withdrawal process – is distracting as well.

Addiction treatment is only as good as the client’s corresponding effort. You truly only get out of it what you put into it.

In a word, yes. Research shows that MAT treatment combined with behavioral health therapy is more effective than either of those treatments alone.
Clients in MAT therapy:

MAT therapy also aids in slowing infectious disease transmission such as HIV and hepatitis. MAT is an evidence-based treatment supported by the Surgeon General, the White House Office of National Drug Control Policy, the National Council for Behavioral Health and the American Society of Addiction Medicine.

What is the Goal of Medication Assisted Treatment?

The goal of medication assisted treatment is to make recovery a reality. To do this, a strong foundation must be built and re-entry into the real world must be facilitated. If this does not happen, relapse is much more likely.

Therefore, it is imperative that clients achieve a physical and mental state where they can take full advantage of addiction treatment.

Using MAT in combination with other therapies means that clients have the best chance to get everything they need out of treatment. This includes being equipped with strategies as well as building the support network needed to handle life’s challenges and prevent relapse for years to come.

When Did Medication Assisted Treatment Begin?

The opium poppy plant has been with us since the beginning of the Earth. It was first cultivated in approximately 3500 BC. Sumerians dubbed it the “joy plant.”

In the United States, opioids date back the arrival of the Mayflower in 1620, most likely in the form of an opium/alcohol tincture called laudanum. The tincture was used as a sedative and to treat pain, diarrhea, smallpox, cholera and dysentery.

Unfortunately, wherever and whenever opioid use happens, addiction follows. 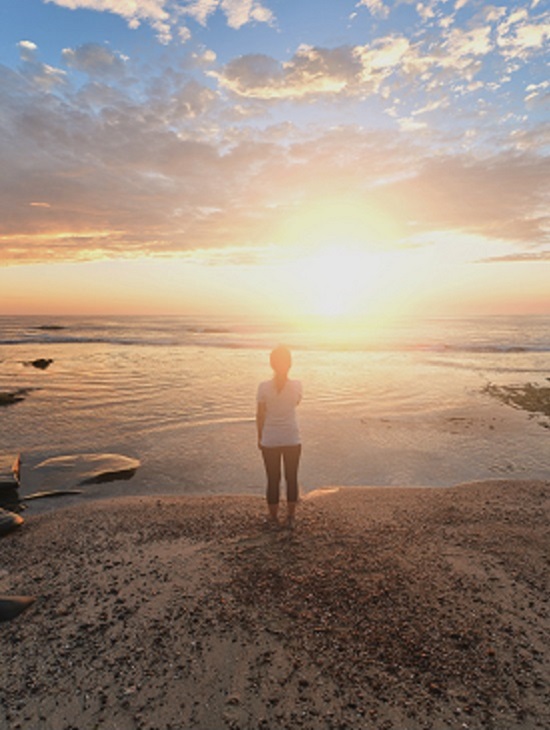 After the Civil War ended in 1865, opioid addiction emerged as a serious problem in the US. Not only were opioids prescribed to soldiers during and after that war (causing “Soldier’s Disease,” as opioid addiction was described among that group), they were also being prescribed to the general public by physicians. At the same time, illicit use (opium smoking, etc.) was also occurring on the streets.

Opiates were used in a variety of medications, from cough syrup to menstrual cramp analgesics to teething remedies. Prescriptions ranged from pain to stress and discomfort – even “female troubles.” Not surprisingly, misuse and abuse of opioids in the mid-1800s became increasingly common. Physicians began to notice that patients were developing a tolerance to and dependence on these medications.

Even Thomas Jefferson was not immune. A chronic diarrhea sufferer, Jefferson turned to opioid-based medication for relief:

“He felt so much better on the drug that he wrote to a friend, ‘with care and laudanum I may consider myself in what is to be my habitual state.’ Jefferson’s use of the word ‘habitual’ is telling. He ultimately grew his own poppies on his Monticello estate.” –  The Guardian

Even though physicians were beginning to recognize the ravages of opioid addiction and be cautious about prescribing them, heroin, a modified form of morphine, entered the scene in 1898 as a brand-name cough suppressant. Not surprisingly, users developed tolerance and dependence on the drug, needing ever-increasing doses.

In recognition of this problem, the Pure Food and Drug Act of 1906 was passed into law. It required that any medication containing an opioid be labelled as such.

The origins of MAT treatment can also be traced all the way back to this time. The primitive form of today’s MAT programs emerged during the late 1800s to the early 1900s. Opioids were prescribed by physicians to those with opioid addictions, as a maintenance program. Similarly, in many municipal programs across the nation, morphine was given to treat opioid addiction. Sanatoriums were also established to try to answer the growing problem (sometimes via questionable methods). Unfortunately, many of those admitted to a sanatorium relapsed after discharge.

Funds for two new opioid addiction treatment facilities, located in Lexington, Kentucky and Fort Worth, Texas, were appropriated by Congress in 1929. This was an important development in the history of today’s “whole patient” MAT programs, because they offered psychological and psychiatric care in addition to medical services and detoxification. Although these early programs were not regarded as successful, research conducted at these facilities was credited with providing the foundation for today’s MAT programs.

What Medications Are Used in MAT Treatment? 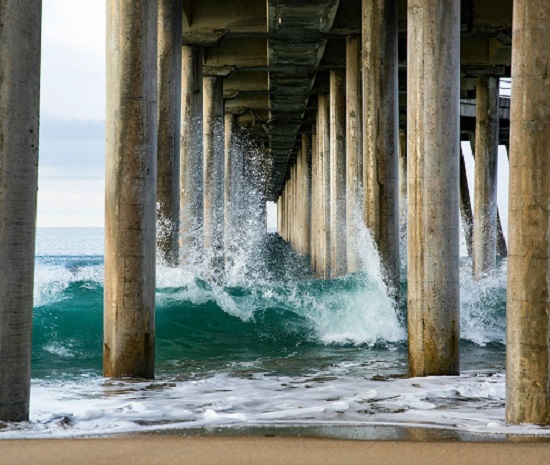 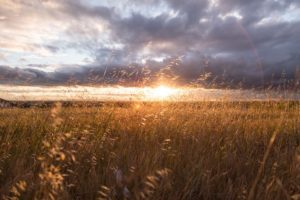 What Is the Cost of Medication Assisted Treatment?

Medication assisted treatment is our part of our program at Foundations Wellness Center. As such, we pre-authorize and bill your private insurance carrier for the charges.

If you are attending our program under a private-pay arrangement such as a payment plan, a sliding scale fee, or credit card payments, the cost will be included in that arrangement. Unfortunately, we do not take Medicaid or Medicare insurance; however, we are committed to ensuring that clients get the care they need in a way that they can afford.

Contact us today to find out how we can help you.

PARTIAL HOSPITALIZATION
INTENSIVE OUTPATIENT
SHORT TERM TREATMENT
LONG TERM TREATMENT
5/5 (1 Review)
Request A Confidential Call Back
Enter your phone number and one of our treatment professionals will reach out to you as soon as possible.