So you’re considering addiction treatment. If you are still using drugs or drinking, the first step is to go to a medical detox facility (usually a five-to-seven-day stay). After all, withdrawal symptoms can be serious, even potentially life-threatening. But what happens after that? Should you go to an inpatient or outpatient rehab?

What is Inpatient Drug Rehab?

Inpatient drug rehab treatment is similar to being admitted to a hospital. You are admitted to a facility and “live” there day and night, receiving treatment and being monitored, until you leave or are discharged. Some people choose to go straight into inpatient rehab from detox. Those that do, typically stay 30 days. 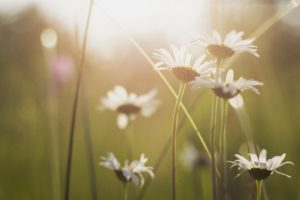 What is Outpatient Drug Rehab?

With outpatient drug rehab, on the other hand, you live at home and travel to the facility for treatment.

There are three levels of outpatient rehab: partial hospitalization, intensive outpatient and outpatient. These levels refer to the intensity, or number of hours of treatment completed each week.

The important thing to remember, though, is that people leaving detox have choices.

They can also complete an inpatient stay and then add on the outpatient levels of care to extend treatment, thereby taking advantage of maximum level of support for their new lives in sobriety. This is not a bad idea, as research shows that length of treatment is a factor in a successful recovery.

In a review of three research studies published in American Journal of Drug and Alcohol Abuse in 2004, it was found that women who spent six months (or more) in addiction treatment had higher success rates at staying sober for at least 12 months than did those with shorter treatment periods. As you can imagine, successfully completing treatment was also a factor. 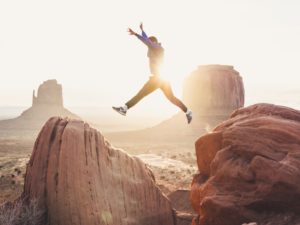 In other words, the setting in which treatment takes place does not matter.

Annis cites one estimate that put the savings at $3,700 per patient for outpatient treatment versus inpatient treatment. Of course, that was in 1986 dollars. Today, that would be an estimated $8,631.

In any case, you (or your insurance company) is looking at a significant savings should you choose an outpatient versus an inpatient program.

Back in 1986, inpatient treatment was the norm, as Annis tells us:

“[In] the United States, an increase has been reported in the number of alcoholism units in general hospitals. It seems that general hospitals are finding such units, offering a three-to-four-week inpatient programme for alcoholics, attractive sources of revenue as declining admissions create surplus beds and mounting overhead costs. Diesenhaus has pointed out that these inpatient facilities tend to admit alcoholics who are married, employed, socially stable and who have experienced only a few years of heavy drinking, thereby creating a paradox in that those alcoholics with the best prognoses are more likely to be admitted to the most intensive and expensive treatment settings because of the greater availability of third-party coverage for inpatient settings.”

Annis also mentions a U.S. Government Office of Technology report released the previous year which concluded that alcohol addiction treatment had “developed around what [was] reimbursable.” It also called the reaction of insurance carriers to the mounting evidence as “slow.”

That was then; this is now.

In fact, as Anne Fletcher pointed out in her 2013 book Inside Rehab, insurance companies did eventually recognize this and flipped the model by cutting reimbursements for inpatient facilities:

“After numerous studies showed no difference in how people fared after going to residential versus outpatient programs, insurers and other funding sources drastically cut back on paying for residential rehab. Today, various forms of outpatient help comprise more addiction treatment experiences in the United States than residential stays.”

As early as March 2002, 90% of patients were in an outpatient treatment, according to the annual National Survey of Substance Abuse Treatment Services. Outpatient treatment was found to be the most “widely available” level of care for drug and alcohol addiction by the survey, with 81% of facilities offering it.

It’s not all about saving money. It’s also about learning to live again in a newly sober state of mind.

Successfully adapting to the real world again is essential after recovery, as Annis points out:

“A patient’s behavior on an inpatient unit is not predictive of the adjustment that he/she must make to cope successfully in the outside community. It is perhaps not surprising, therefore, that relapse rates as high as 60-80% have commonly been reported by three months post-hospital discharge.”

Outpatient treatment allows the newly recovered to test the waters, try new techniques, and see where the pitfalls lie. They can make adjustments to their newly established sober lives as they go – discovering what works and what doesn’t – while still having the supportive net of continuing outpatient treatment to fall back on. It’s like having sobriety training wheels.

Addiction is a disease that can require treatment for months – maybe even years.

Think about someone with heart disease or diabetes. They know they will have the disease for the rest of their lives… it’s chronic. Still, they make adjustments such as eating better, taking insulin, and exercising in order to prevent complications – just as the addicted take the steps necessary (such as 12-step meeting attendance and avoiding triggers) to prevent relapse.

If something happens – the blood sugar stays too high for too long in an individual with diabetes, or someone with heart disease has a heart attack – more intensive treatment is needed, just as someone who has relapsed may need to go back to rehab.

Therefore, the notion that a 30-day inpatient stay is going to cure all is erroneous. The treatment path needs to be tailor-made for each individual, taking their unique situation, physical and mental health, and circumstances into account.

If you are considering addiction treatment of any kind – inpatient or outpatient – you will need to be evaluated by a qualified professional. Most (if not all) addiction treatment centers today will do a thorough assessment of your current state before they ever start treating you.

It is helpful to know, though, that going to an outpatient treatment center is just as effective as an inpatient one, especially if you have full-time commitments you can’t shake. After all, some of us can’t take 30 days or more off of work, or life in general.

RELATED: Find out why addiction is considered a disease
See stories of people who’ve gone through rehab and are still sober
Why are there so many rehabs in Florida?