Although there may be a shortage in other states, there are many rehabs in Florida. A search of the findtreatment.gov site yields 13,972 records for substance abuse providers in the state. With a population of 21,646,155, that’s one provider for every 1,549 residents, making Florida by far the most dense state when it comes to substance abuse rehab. (The least dense states are Alaska and the District of Columbia, which have no treatment centers listed on the site).

This raises some interesting questions as to why there are so many rehabs in Florida.

Could it be that Florida has the biggest problem with substance abuse? Perhaps it is the consistently sunny weather that draws would-be treatment center owners to the state? What other reasons could there be?

We’ll get to questions two and three in a minute, but the answer to whether Florida has the biggest problem with substance abuse is a resounding no, as you will see. (So far, the weather is winning). 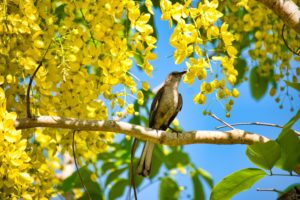 Supply vs. Demand for Rehabs in Florida and Other States

In looking at the data across the United States, there does not appear to be a solid correlation between the size of the need (the demand) and the number of treatment centers (the supply).

For example, the 10 most dense states for substance abuse treatment centers (according to the government’s site) appear below.

STATES WITH THE HIGHEST DENSITY OF SUBSTANCE ABUSE TREATMENT CENTERS

Therefore, if it’s a simple economic problem of supply and demand, you would think that those 10 states would also have the most people suffering from alcohol and drug addiction.

This is not the case, however.

According to a 2016 government report, the highest alcohol consumption per capita occurs in these 10 states.

STATES WITH THE HIGHEST ALCOHOL CONSUMPTION PER CAPITA

With the exception of North Dakota, which appears on both lists, there is no overlap. In other words, the states with the highest alcohol consumption are, in large measure, not the same states with the most rehabs.

Of course, addiction to alcohol is just one substance use disorder treated in rehab. What about drugs?

A 2019 WalletHub study attempted to answer this question by ranking states on key metrics – including overdose rates, opioid prescriptions, and more. According to the study, here are the top 10 states with the biggest problem in regard to drug use and addiction:

STATES WITH THE BIGGEST DRUG USE & ADDICTION PROBLEM

Once again, with the exception of Kentucky and Maine, the number of rehabs does not correlate with the biggest drug use and addiction problem.

It also works the other way. Those states with the least need don’t have the lowest number of treatment centers. Check out this list:

STATES WITH THE LOWEST DENSITY OF SUBSTANCE ABUSE TREATMENT CENTERS

However, the lowest alcohol consumption per capita occurred in these states in 2016:

STATES WITH THE LOWEST ALCOHOL CONSUMPTION PER CAPITA

Besides Alabama, Georgia and Ohio, which appear on both lists, this doesn’t quite add up either.

It’s also the same with the 10 states with the least problem with drug use and addiction.

STATES WITH THE LOWEST DEGREE OF DRUG USE & ADDICTION 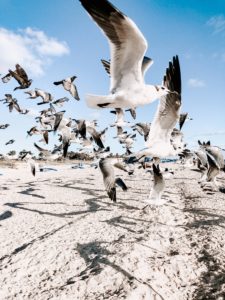 Why is There a Mismatch Between Rehab Supply and Demand?

There could be a number of reasons for the mismatch in the need versus the availability of drug and alcohol rehabs across the vast majority of the United States.

One possible explanation is that people prefer to travel outside their normal environs to attend treatment. After all, leaving behind old associates, familiar triggers and ecosystems in which addiction flourished can only help shore up those in early addiction recovery.

Sometimes, after treatment, the newly recovered end up making their new locale their permanent home. Why? Because of the new social support system they’ve worked so hard to build during treatment (particularly during the later phases). This, in turn, adds to the population of sober citizens in that state.

Another reason for the disparity could be the (pretty significant) barriers to entry to as well as the delayed cash flow issues inherent in starting a new drug and alcohol rehab facility. It’s expensive to operate, and private insurance companies may not be reimbursing enough to make it a consistently profitable business.

On top of this, each state has their own laws and unique economic circumstances that may make the environment more favorable for a certain type of business. In any healthcare enterprise, there are a lot of regulations to comply with, however there may not be ready money flowing to compensate for the extra hoops many providers have to jump through. The fact that Florida has so many could speak to a favorable economic and regulatory environment there.

Also, the people utilizing drug and alcohol rehab services aren’t the same ones who are paying for them, in many instances. It could be the state government paying, in the case of Medicaid or Medicare. Or it could be private insurance companies like Cigna, Blue Cross, and others, or a combination of private insurance payments and out-of-pocket costs. The more complicating factors you add in between the consumer and the provider, the more convoluted the economics get. In other words, principles like supply and demand don’t apply so neatly.

Finally, the most positive explanation is that those states with a high density of drug and alcohol rehabs have made a dent in addiction issues, simply because of the wide availability of treatment there.

Let’s continue looking at Florida as the example. 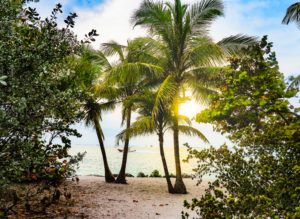 Florida, as the state with the highest number of alcohol and drug rehabs, has been called the “rehab capital of America.” It has also received negative attention for some corrupt rehabilitation facility owners who were accused of “buying patients.”

Now, obviously, we know that corruption is not limited to any one state, or country for that matter… It exists across the globe. Statistically speaking, with a higher number of rehabs will come a higher percentage of those who are corrupt.

Still, the fact that Florida has the highest number of rehabs yet ranks 17 on alcohol consumption and 28 in drug use and addiction issues, speaks to the fact that there is some good work going on there.

In fact, you could argue that Florida – which has the deck stacked against it, considering the flow of drugs into the country from its extensive coastline – would be at the top of the list for drug addiction. Instead, it ranks in the lower half of all 50 states and the District of Columbia.

After all, Florida’s geography places it close to the Bahamas, Puerto Rico, and other Caribbean locations that make it a prime destination for illicit drug shipments by sea. In 2014, the Sun Sentinel reported that drug smuggling was “making a comeback” in Florida:

“Infighting among drug cartels and intense enforcement in Mexico have prompted traffickers to shift some smuggling routes from the Southwest border to the Caribbean, federal investigators say. The increased traffic has revived the speedboat runs from the Bahamas to South Florida and supplied a pipeline of illegal drugs from Puerto Rico to Central Florida.”

According to the article, Marine General John F. Kelly’s quoted U.S. Customs and Border Protection Agency figures citing a 483% increase in the amount of cocaine washing up onshore in the state.

Again, in May 2019, WINK reported that the focus on beefing up security in states sharing a land border with Mexico have detracted from efforts to prevent drugs from coming ashore in Florida. According to the article, the number of border patrol agents has increased to 18,500 (double the number from two decades ago). However, Florida has only a fraction (less than one percent) of that amount. There are only 130 border patrol agents for its entire 1,200 miles of coast.

Yet, despite the flow of drugs through the state, Florida ranks sixteenth in terms of the overdose death rate according to the CDC. The following states rank above it:

STATES WITH THE HIGHEST OVERDOSE RATES

In light of everything above, Florida earns some praise for containing its alcohol and drug addiction relative to other states. Once again, it could be that the very high density of rehabs has had a dampening effect on drug and alcohol use.