It’s not a record anyone wants to see broken: May 31 marked the end of a fentanyl-fueled, record-breaking year for drug overdoses in the United States.

Synthetic opioid overdoses surged nearly 14%– driving the drug overdose death rate to an all-time high of 81,230, according to provisional data from the Centers for Disease Control and Prevention (CDC) released December 8.

This represents a whopping 18.2% overall increase in the drug overdose death rate from last year– one that had offered a glimmer of hope with a 4.1% decrease over 2017 – the first time in about 30 years that the death toll had retreated instead of risen.

Sadly, that trend has now been reversed. 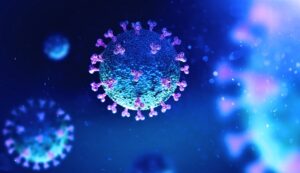 Enemy, Thy Name is COVID-19

Fentanyl may be driving the overdose rate up, but COVID-19 seems to be at least partially to blame.

A December 17 CDC Health Alert Network Advisory pinpointed the period from March to May 2020 as when the “largest increase ever recorded” occurred for drug overdose deaths. This, as the advisory indicated, was when widespread mitigation efforts were put into place in response to the pandemic.

The CDC isn’t the only source reporting this disturbing trend.

According to the Overdose Detection Mapping Application Program – a federal initiative collecting hospital, ambulance and police data) suspected overdoses (not just fatal) were:

Milwaukee reported that its overdose dispatch calls had increased more than 50 percent. (Kilmer, 2020)

A surge in overdose-related cardiac arrests was also reported by the National Emergency Medical Services Information System. According to a retrospective study published in the Journal of the American Medical Association on December 3, there was a 50% increase in 2020, with rates peaking in May at over double the rate of last year. (Friedman, 2020)

Also, while drug testing dropped during the pandemic, positive results for fentanyl increased 35% and 44% for heroin, according to a study published by Population Health Management October 8.

Not only that, but fentanyl showed up increasingly in samples where other drugs were present. Nearly nine out of ten (89%) of amphetamine samples were also positive for fentanyl. Nearly half (48%) of benzodiazepines, 44% of heroin, 39% of opiates, and 34% of cocaine positive tests also tested positive for fentanyl. Researchers concluded that “these findings suggest significant increases in dangerous drug combinations.” (Niles, 2020)

Similarly, another study of subjects either at risk of or diagnosed with a substance use disorder found that urine samples testing positive for fentanyl doubled in for in the four months following the COVID-19 emergency declaration. While the positivity rate increased for all substances, the increase was most dramatic for fentanyl:

All of this is happening, despite the fact that opioid prescriptions have dropped 37% since 2014, according to the American Medical Association. Nevertheless, deaths due to fentanyl and other illicit opioids continue to rise. (Zarefsky, 2020) 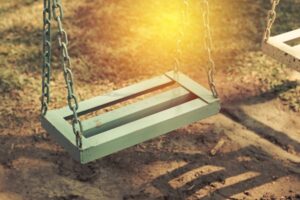 It is important to note that the virus itself isn’t driving this train. The isolation and economic uncertainty are. In fact, the CDC’s June data showed that over 13% of people turned to substances to quell the stress and emotions arising from dealing with COVID-19 repercussions. (Czeisler et al., 2020)

A CDC Morbidity and Mortality Weekly Report reported that US adults said they had “considerably elevated adverse mental health conditions associated with COVID-19.” The study, conducted in late June, showed that 41% of U.S, adults were struggling with mental health symptoms, while 13% said they had started or increased substance use in order to cope with COVID-19 stress or emotions. (Czeisler et al., 2020)

The stress, uncertainty and isolation can be a lethal combination, even for people who had been clean for years. Twenty-nine year old Jefrey Cameron had overcome addition issues plaguing him for seven years prior to his relapse:

“On the first Friday in June, Jefrey Cameron, 29, left his home around midnight to buy heroin. He had [struggled with addiction in the past but] had seemingly turned a corner, holding down a job that he loved at Basil’s Pizzeria, driving his teenage sister to the mall to go shopping and sharing a home with his grandmother. But then the coronavirus pandemic hit.

When he returned home that night and tried the product, it was so potent that he fell and hit his head in the bathroom. Mr. Cameron texted a friend soon after, saying that he had messed up and would go to a 12-step meeting with a friend that weekend.

‘I promise I’m good and I can’t get in any more trouble tonight,’ he wrote. ‘Sweet dreams, if you wake up before you hear from me definitely call me. The sooner I get up and into town the better.’ When Mr. Cameron woke up, [however] he used the rest of the powder – largely fentanyl, not heroin, his family would later learn — from a small bag with a bunny stamped on it. Less than five hours after he sent the text, his grandmother found him dead.” (Swift & Goodnough, 2020)

His mom told the New York Times that he “hated being alone… and the last couple of weeks, he was.” His job had shut down in March, and he had extra money to burn – $600 in extra unemployment, to be exact.

Isolation also played a role in the July 26 death of 21-year-old Alexander Joubert in San Diego:

“The skate parks were closed. He missed his friends. And the in-person family counseling he’d started just months earlier now consisted of conversations through a computer screen.

So, to lift his spirits, his parents allowed him to celebrate his landmark [May] birthday with a few friends in the backyard of their Encinitas home.

But someone must have brought Alexander several doses of cocaine as a gift, sparking cycles of relapse and self-detoxing that revealed a hidden struggle with drug use. It was excruciating for his parents to witness over the next couple of months.

On July 26, [Snaith’s mother] found her son dead on the floor of his bedroom. There was evidence he’d used alcohol and cocaine the night before, but what killed Alexander were two little blue pills laced with a deadly dose of fentanyl.” (Davis, 2020)

In an interview with the San Diego Union Tribune, his mother indicated that “clearly he was in some deep pain and the whole situation with the pandemic and the political climate created in his mind a sense of doom for his future… He was frustrated with not being able to achieve what he wanted, and the pandemic made it worse.”

And then there was the case of 28-year-old Chandler Cook. He was clean for more than one year before he died April 21.

“The 28-year-old had grown fond of his job as head barback at a restaurant in Jacksonville, Florida, and was training to become the head bartender. When he wasn’t working, Chandler spent time camping, biking and attending music festivals…

In a video soon before his death, Chandler is interviewed by his mother, revealing to her his personal struggles with addiction.

‘I want to see the stigma of addiction be dropped,’ Chandler tells Holbrook in the clip. ‘I want to see this country get better. I had a tough battle with it, and my battle, it’s a lifelong thing.’

He went on, ‘Over this past year, I’ve seen things come back into my life… I have a great relationship with my family again. I have a great job again, I’m healthy, I’m happy.’

On April 20, Holbrook texted her son, asking how he was holding up… Chandler never replied to Holbrook’s message. The following day, Chandler’s friend called Holbrook to tell her he’d be going to Chandler’s apartment to check in on him. When Chandler didn’t answer knocks, his friends broke the door down…

Holbrook looked on as police removed Chandler’s body from the scene. His death was ruled an accidental opioid overdose.”

If the pandemic was hard in those with some time clean under their belts, it was exponentially harder on those in early recovery. Benjamin Kief was just starting over when he succumbed to opioid overdose:

“Kief died of an opioid overdose on April 7 while in his car in West Chester, Pa. After serving time for a parole violation, the 30-year-old left a state prison in late March, when the pandemic was ramping up. He struggled to get an appointment with a recovery coach, said his mother, Mary Kief. He also wanted to start attending Narcotics Anonymous meetings, but they weren’t gathering in person due to stay-at-home orders and online video meetings made him anxious, she said.” 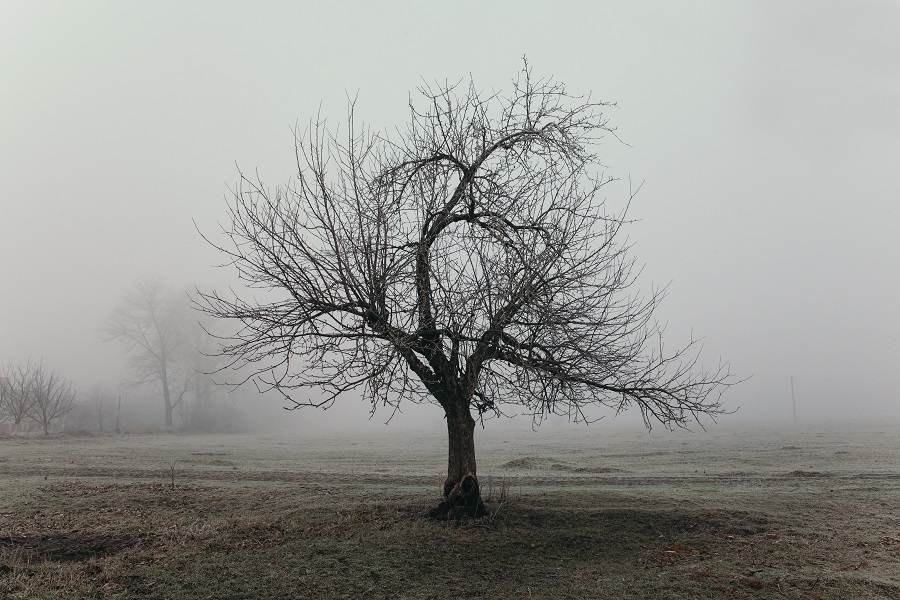 What is the Solution?

Therefore, ending the isolation is one way to start to recover from the wave of increased substance abuse. Getting back to a good economic footing is another. Underlying conditions such as anxiety and depression – conditions that very likely returned or worsened during the pandemic – must also be identified and treated. As you can see, all aspects of life must be addressed with a holistic addiction treatment plan,

Slowly, it seems that America is returning to a new state of “semi-normal,” with more businesses open – some, with modified operations, but still open. Also, the presence of a COVID-19 vaccine (or two) spells the eventual end of the pandemic.

When it comes to addiction, though, the only way to resolve it is on a personal level. In fact, even with improving circumstances, addictions can remain.

Why is that so?

Public policy changes, such as increased access to take-home medications that reduce withdrawal cravings, don’t always penetrate to the individual.

Not only that, but making the decision to recover from addiction must be made individually. Even if lack of health insurance is an issue, there are options for those who want them.

The trick is to make the decision before something happens that cannot be undone. Fatal overdose ends all possibilities.

If you are one of the many who have relapsed due to substance abuse, you have reason to hope. If you have ever been able to stay sober or clean for a period of time, this means you can do it again.

It’s a matter of getting proper treatment and re-committing to (and rebuilding) a lifestyle that supports sobriety.

Will it take work? Yes, it will. But the thorny problem of addiction has always involved sustained effort on a personal basis.

Qualified addiction treatment centers, some temporarily hindered by the COVID-19 pandemic, are open for business, pretty much across the board. If one is not able to help you, most of the time they can refer you to one that can.

RELATED: Do you have an addictive personality? (Take the quiz)
How to get a drug addict into treatment
Is it possible to overcome addiction?
The truth about addiction statistics
What is Dual Diagnosis and how is it treated?