This entry was posted in Mental Health and tagged what is an addictive personality on June 8, 2020 by Justin Baksh, LMHC, MCAP, Chief Clinical Officer.

Why are some people alcoholics, while others are just occasional social drinkers? Why does one person smoke marijuana a few times and becomes prone to daily use, while another person just uses it occasionally? Why can some people take pain medication for the prescribed course only, while others seek out that same feeling from illicit substances?

“Is there something in my current state (physical, mental, emotional) that is predisposing me to addiction?”

The answer is “Yes, there could be.”

We in the psychological field can sometimes be picky about terminology. There is no denying, however, that there are life events, genetic tendencies, and mental conditions that can influence whether a person will ultimately develop addition. And, yes, studies have shown that personality traits can be linked to a higher likelihood of addiction as well.

So, in this sense, having an addictive personality is a true phenomenon.

RELATED: Do I have an addictive personality? (Take the quiz)

Here are the factors and traits that have been shown to indicate a higher risk of developing addiction: 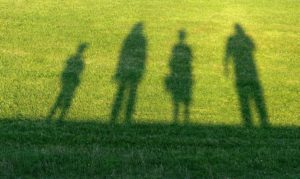 Do you come from a family of addicts? If so, your chances of developing an addiction are greater.

It is generally accepted that genes account for roughly 50% of the probability of developing addiction. Environmental factors account for the other half.

Genes can influence whether you develop addiction in a myriad of ways.

They can result in: 1

You can also have a propensity to develop addiction to a particular substance. For instance, there are specific alcohol and nicotine metabolism gene variants.2

Also, different drugs have a stronger relationship to genetics. In one study, the hereditability for hallucinogens was found to be nearly 40% – the low end of the spectrum – while it was a whopping 72% for cocaine.3

Interestingly, your genes also influence whether you begin using substances in the first place.

One caveat here is that we only know what we know. In fact, it has been estimated that we have only identified five percent of the genetic variances involved in a tendency toward substance abuse.4  That leaves a vast terrain of genetic research yet to be discovered. 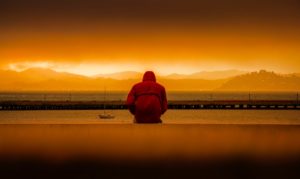 Addiction and mental illness tend to co-occur. Nearly half (45%) of people with addiction also have a mental health disorder, according to the National Survey on Drug Use and Health. Some studies have found the percentage to be even greater.  In one, as many as 80% of addiction treatment clients in surveyed treatment centers had at least one co-occurring anxiety disorder.5

It has also been demonstrated that the more pre-existing mental conditions you have, the greater your risk of addiction.7 Also, the more severe the mental illness, the greater the likelihood of becoming addicted.8

It is important to note that mental health disorders ultimately boil down to genetics, environmental factors and/or the complicated interplay of genetics and your environment. 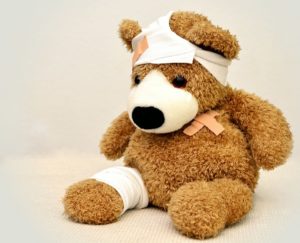 A higher rate of adverse childhood experiences (ACEs) has a well-established connection to substance use disorders. It is so common, in fact, that the number of ACEs could outstrip genetics as the most accurate predictor of addiction.

Case in point: A 2018 study found that 43% of adults undergoing inpatient addiction treatment had a family history of substance use disorder, while a whopping 93% had experienced an ACE.10

The landmark Adverse Childhood Experiences Study conducted by the Centers Disease Control and Prevention and Kaiser Permanente surveyed 17,000 patients from 1995 to 1997 and again 15 years later. The findings were groundbreaking: As the number of ACEs rose, so did the percentage of those compulsively using alcohol or injected street drugs. With every added ACE, the likelihood increased sharply.11

Each category was graded as one ACE, and the results were astounding. As compared to those with no ACEs:

As you can see, each category of ACE experiences raised the risk of becoming an alcoholic by tenfold.

The sharply increased risk of multiple ACEs was even more pronounced when it came to intravenous drug use. As compared to those with no ACEs:

The type of ACE experienced is also telling, as it can be associated with the abuse of specific substances, as demonstrated by other studies on the subject. For example, emotional abuse has been associated with sedative use, while physical abuse significantly predicted cannabis use in a 2018 study. It also found that five or more ACEs predicted a higher risk of sedative use.12

Not everyone who has experienced an ACE will also develop a mental illness or drug and alcohol addiction, though, because individuals vary in their levels of resiliency.13 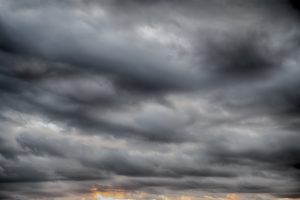 The American Psychological Association defines trauma as “an emotional response to a terrible event like an accident, rape, or natural disaster.”

In the immediate aftermath of such an event, you may feel a sense of shock or even denial. However, trauma can continue to affect you long-term. You can experience flashbacks, a roller coaster of emotions, headaches, stomachaches, nausea and more. Trauma can also affect your relationships with others.14

PTSD, or post-traumatic stress disorder, can develop after an ACE or in adulthood as well. The most obvious example of adult trauma is the development of PTSD in military combat personnel. Veterans Administration studies estimate that 35 to 75% of veterans with PTSD also have substance use disorder.15

PTSD is not limited to combat veterans, however.

Studies have shown that PTSD is a “highly prevalent disorder” in the American public, even though it has only been an official diagnosis since 1980.

The key here is: Will you develop PTSD in response to a traumatic event?

Some people experience trauma, yet, because of their greater resiliency and coping skills, they do not go on to experience PTSD, which puts them at risk of addiction.

There is some evidence to suggest that, as we continue to experience and process traumatic events, the increasingly distant past becomes less impactful in our present lives. One study of those 65 and over showed that adulthood trauma had a greater effect on older adults’ current physical health than did events from their childhood. It is not too far of a leap to hypothesize that it would be the same for mental health.16

Examples of adulthood traumatic events include a divorce, a child having a near-fatal accident or illness, the death of a child or a spouse, having a partner or spouse addicted to drugs or alcohol, physical abuse by a spouse or partner, and loss of a job, among others.

Data clearly shows that, when trauma occurs earlier in life, there is a stronger connection between it and addictive behavior. Why? Because trauma can damage both the structure and function of children’s developing brains.

However, experiencing trauma as an adult still puts you at a higher risk for addiction than adults who haven’t experienced a traumatic event.17 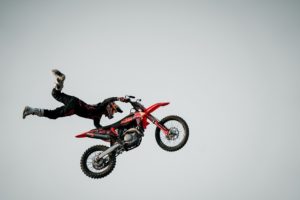 An intriguing study on personality and addiction published in BMC Psychiatry in 2008 compared personality profiles to the use of illicit substances as well as tobacco.18

Each of these five broad categories (or factors) also has a myriad of facets which are individually measured and, taken together, make up the category score.

There were also differences in the personality profiles for users of specific substances.

With cocaine and heroin users, the scores for neuroticism were very high. Looking at facets of personality, current users scored especially high on excitement seeking and low on trust, straightforwardness and compliance. They were also very low on conscientiousness, especially competence, achievement striving and deliberation.

For marijuana users, neuroticism scores were average overall, but they had high scores on openness to experience and low scores on agreeableness. Current users were particularly higher on certain aspects of openness to experience, including values and ideas. They were also lower on conscientiousness, especially dutifulness and deliberation. Marijuana users were also high on certain facets of neuroticism (anger, hostility and vulnerability) and extraversion (activity and excitement seeking) as well as low on compliance.

The study concluded that, as a whole, low levels of conscientiousness and high levels of neuroticism and impulsivity traits were correlated with drug use.21

A five-year study begun in 2011 at the University of Leicester also found traits that corresponded with drug use and added two more measurements of personality to their study (impulsivity and sensation seeking). In addition to the higher neuroticism and lower conscientiousness traits found in the 2008 study, researchers found that higher openness to experience and lower agreeableness were associated with the use of drugs.22

This study also confirmed that there were differences in the profiles of those using different drugs. Heroin users were significantly higher in neuroticism and impulsivity as well as lower on extraversion, openness to new experience and agreeableness than were ecstasy users.

Other evidence for the addictive personality theory includes the fact that those who have one addiction are likely to have another. Also, individuals who are able to give up one addiction commonly replace it with another. Perhaps after giving up alcohol or opioids, they become addicted to cigarettes or vaping, for example.

Again, personality also arises partially from your genes and partially from your environment, situation and circumstances. Personality traits (and their intensity) can change over time, and they can also shift due to drug use. The 2008 study, for instance, found measurable personality differences between current and past users of drugs.23 So, just because you may fit the profile of an addictive personality now, that doesn’t mean you always will.

Get the Help You Need

When you get down to it, it doesn’t matter whether you were born with the tendency to develop addiction, experienced multiple ACEs resulting in PTSD, or that your personality may be wired for drug use… the result is the same. Addiction can have devastating consequences on your life – from wrecked relationships to criminal records and even death by overdose.

If you are struggling with substance abuse, it is urgent you reach out for help before it is too late.

Thousands of people before you have been able to stop the damage and rebuild their lives in recovery. With evidence-based treatment delivered by highly qualified addiction counselors, you, too, can be one of them.