Xanax belong to a family of drugs called benzodiazepines (benzos for short). And stopping them cold turkey can be deadly.

In April 2014 he entered prison, bringing with him his prescription list stating he was on a benzo. Instead of administering his medication, he was force-quit. The consequences were disastrous:

“In just 17 days… Walter lost 30 pounds. He exhibited delirium and exaggerated dramatic behavior caused by withdrawal psychosis and was often strapped in a restraint chair where he was tased and pepper-sprayed. When he was free of his restraints, he would kick and hurl himself against walls to the point of breaking bones. Other times he was disoriented, rolling on the floor yelling, and even seizing.” (Foster, 2019)

The coroner found acute benzo withdrawal to be the cause of death.

Sean Levert, an R&B singer, suffered much the same fate.

“[He] entered the Cuyahoga County Jail on March 24 [2008] clutching the prescribed medication he took regularly for anxiety. Jail staff took the bottle of Xanax away from him and failed to give him a single pill during the six days he was there… Even when he began suffering horrifying delusions, he wasn’t given his medication and never saw a doctor.

Instead, on March 30, jailers strapped Levert into a restraint chair, still fighting the monstrous visions in his head caused by withdrawal from the medication. Minutes later, the 39-year-old son of O’Jays star Eddie Levert stopped breathing. His heart stopped and the doctors couldn’t save him.” (2020)

Xanax withdrawal was ruled a contributing factor in Levert’s death. For about six months before entering jail, he had took two milligrams, three times daily, as prescribed. His tragic death was the inspiration behind Sean’s Law, which put protections into place for jailed benzo users in Cuyhoga county, Ohio.

Unfortunately, there are more examples.

Jesse Jacobs, 32, died after six days in jail, reportedly because of Xanax withdrawal. David Stojcevski, also 32, died 17 days into a 32-day sentence for a traffic fine in Michigan. Before his death, he lost 50 pounds, was hallucinating and experiencing seizures. (Foster, 2019)

Benzo withdrawal deaths from going cold turkey aren’t exclusive to the prison system. One was the subject of a 2009 American Journal of Forensic Medical Pathology article:

“The decedent developed seizure-like activity and died approximately 15 hours after admission [to the ER]. Information provided by the next of kin revealed that the deceased had been taking diazepam for several years but had recently been switched to alprazolam [Xanax].

The decedent had abruptly stopped taking [Xanax] approximately four days before admission when she ran out of the medication, after taking approximately 200 mg in a 6-day period.” (Lann & Molina, 2009)

It’s well known that taking Xanax over a period of time can lead to dependence.

After a while, you are likely to build tolerance, needing more of the drug just to achieve the same effect. And, if you stop taking it, you will probably experience withdrawal symptoms.

In mice, withdrawal symptoms can happen after just a week of Xanax.

What are Xanax withdrawal symptoms? 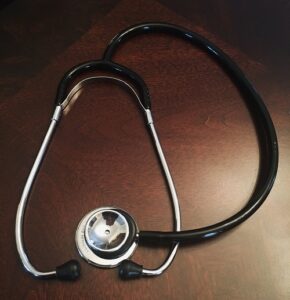 Benzos like Xanax depress the central nervous system. Their calming effect is the reason why they are prescribed to treat anxiety and panic disorder.

When they are withdrawn, however, the body experiences the opposite effect.

Anxiety and panic attacks can return with a vengeance. And Xanax is the worst offender. Withdrawal from it is thought to involve more rebound anxiety than any other benzo.

Xanax withdrawal can even bring on surges of adrenaline so high that intensive care is needed. In one such case, beta blockers and alpha blockers were administered to no avail. The patient had to be re-dosed with Xanax to stop a dangerously heart rate and high blood pressure. (Ait-Daoud, Hamby, Sharma, & Blevins, 2018)

Psychosis and delirium are also more common in Xanax withdrawal versus other benzos.

Studies have shown that withdrawal symptoms can occur even with a taper. 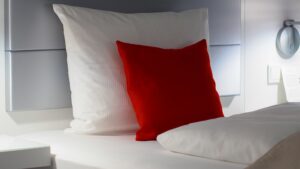 How can you get off of Xanax safely?

Because Xanax withdrawal can lead to dangerous symptoms such as grand mal seizures, you should only stop taking it under medical supervision.

Whether that occurs in a medical detox center or a hospital, you can be assured you will be in an environment that is uniquely qualified to handle any symptoms that may occur.

You can also taper off Xanax. Under the supervision of a doctor, that is. And slowly – Xanax’s manufacturer recommends a taper of no more than a 0.5 mg decrease every three days.

Before doing so, your doctor may decide to switch you from short-acting Xanax to a longer-acting benzo such as Klonopin. In that case, you will be established on that medication over a period of time before you are tapered off of it.

Be aware that Xanax withdrawal is considered to be more severe that of other benzos, even with a taper. (Again, pointing to the need for detoxing in a medical facility).

Finally, after you are medically cleared, you should seek treatment at a dual diagnosis addiction treatment center. Treatment can be administered on an outpatient basis.  If you were prescribed Xanax for anxiety or panic disorder, these underlying conditions will need to be addressed – without resuming benzos. Continuing your treatment on an outpatient basis should also help get you through the post-acute withdrawal period and lower your chance of relapse.

Why try to get off Xanax?

By this point you may be thinking “Why bother? If the withdrawal is so bad, I’ll just stay on it!”

Problem is, you build tolerance to Xanax. It takes more and more to keep you from having withdrawal symptoms and to achieve the same effect.

Speaking of effects, there are a host side effects with taking Xanax. Below are the reported ones, whether they were experienced in clinical trails or after the drug was released on the market.

One important thing to note: In people who are depressed, Xanax can cause hypomania and mania.

This long list of side effects are why people on Xanax long-term often express a desire to stop taking it.

One such person is Melissa Jackson of Austin, TX. Even though its not indicated for that use, she was given Xanax for high blood pressure:

Twenty years later, she can’t work and she can’t sleep. Her brain is foggy and her life revolves around a pill schedule.

Sixteen-year-old Johnny describes Xanax as the devil. “First I was on two tablets a day and then four. My personality changed, and I didn’t have any emotions.” (Marsh, 2018)

“I got prescribed Xanax, [a] benzodiazepine, a long time ago. Benzos are the f***king devil. They’re horrible drugs.

They feel good at the moment and are a quick fix to get you out of a panic attack, but they’re not designed to be long-term – especially Xanax… It wears off quick and then you need to take another piece to stay normal.

It gets to the point where… you start going into detox, you have to take the Xanax to stop shaking. You can have seizures. You get the shakes so bad that you can’t even talk. It gets dangerous.” (Scancarelli, 2019)

Other people have described feeling like a “zombie” on Xanax. While it eases pain and smooths life’s rough edges, it can also tone down excitement and the natural high of good times.

“In the beginning, benzos instantly blotted out my pain and anxiety. I stopped having panic attacks and slept eight hours a night instead of five.

But after a few months, they also blotted out my passions.

My boyfriend said: ‘You need to quit taking those pills. You’re a shell of yourself, I don’t know what happened to you, but this isn’t you.’

I poured my energy into ‘chasing the dragon.’ Rather than attending open mics, writing workshops, readings, and events, I plotted ways to get my benzos.” (Torgeson, 2018)

After taking Xanax long-term – longer than a few weeks – many have described finding themselves engaging in typical addict behavior: Stockpiling and stashing. Taking more than prescribed. Lying to others about their use. Becoming obsessed with obtaining more and freaking out when they don’t have it.

That’s the thing about addiction. You become a slave to the substance.

There is also a danger of overdose. Benzos suppress central nervous system activity, just as opioids do.

In fact, taking benzos with opioids increases the risk of overdose. Recognizing this, in 2016, the FDA ordered benzodiazepine manufacturers to add a prominent black box label on the drugs’ packaging, warning against its potentially deadly interactions with opioids.

Why is Xanax Addictive?

Xanax carries a high potential for misuse. Rapid absorption into your system means it starts to work right away. It’s short half-life means it wears off quickly, leaving you wanting more. It’s highly potent and produces more severe withdrawal symptoms in a shorter period of time.

At the time, the recommendation was that they only be used two to four weeks to prevent dependence. Today, the National Alliance on Mental Illness warns that physical dependency may result after only two weeks of use.

Do you have a family history of addiction? This increases your risk of becoming addiction to benzos.

Xanax only masks anxiety. It does not cure it. 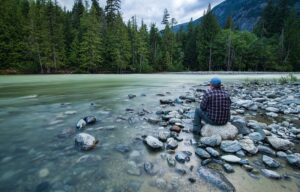 Many addiction and psychiatric professionals point to the fact that there is no evidence supporting long-term use of Xanax for anxiety.

Xanax only masks anxiety. It does not cure it.

Even so, Xanax dominated the most commonly prescribed psychiatric medicine list from 2005 to 2013. It ended its number one run with more than 48 million prescriptions in 2013 alone.

As a nearly 40-year-old drug, it’s surprising that Xanax is still so widely used. For anxiety and panic attacks, better options exist with SSRIs. One possible explanation is that primary care physicians, notoriously overworked, are prescribing it for longer periods than recommended. (Ait-Daoud, Hamby, Sharma, & Blevins, 2018)

So there are still plenty of Americans taking Xanax. An estimated 4.8 million people aged 12 and over misused benzos in 2019, according to the National Survey on Drug Use and Health.

Especially worrying is the rate of addiction among adolescents, which is “surging,” according to a 2018 Pew Research Center report, because its seen by them as a safer, more accessible alternative to heroin and prescription opioids… with the same effects.

And there are many Americans trying to get off benzos as well. In the decade ending in 2008, benzo-driven rehab visits tripled, according to SAMHSA reports.

Are you one of them? Do you want off of Xanax? If so, just reach out to a qualified addiction treatment center.

Typically, outreach and admission treatment center professionals are recovered addicts who understand where you are and where you want to be. From arranging for a safe, medical detox to setting up continuing treatment, they can help you every step of the way.

With help, it is more than possible to break free from Xanax – and stay that way – for a lifetime.

RELATED: Learn more about Foundations Wellness Center addiction programs
See before and after stories from recovered addicts
A former addict shares his story

Torgeson, Tessa. (2018, August 27). My Addiction to Benzos Was Harder to Overcome Than Heroin. Retrieved October 04,2020, from https://healthline.com/health/addiction-drug-problem-benzos</a?